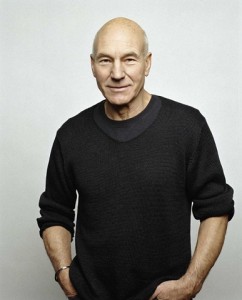 Stewart will appear on Saturday, Sept. 29, and Sunday, Sept. 30, when he will meet fans, sign autographs, pose for photo ops and lead an interactive Q&A panel. He has been a popular guest at Wizard World events, most recently at Philadelphia Comic Con, where he was joined by the other four â€œStar Trekâ€ captains.Â  Next month, Stewart will also anchor the 25-year reunion of the cast of â€œTNG,â€ with all seven primary stars gathering at Wizard World Austin Comic Con (Oct. 26-28).

The Emmy-nominated Stewart, who has performed in more than 100 television and film roles, is one of several actors to appear in all three “X-Men” films:Â X-MenÂ (2000),Â X2Â (2003) andÂ X-Men: The Last StandÂ (2006). His role as Picard, which started on â€œNext Generation,â€ placed him in four Star Trek films:GenerationsÂ (1994),Â First ContactÂ (1996),Â InsurrectionÂ (1998) andÂ NemesisÂ (2002). He also served as the voice of numerous animated characters in movies likeÂ Chicken LittleÂ andÂ Jimmy Neutron: Boy Genius,Â as well as popular TV shows such as â€œFamily Guyâ€ and â€œAmerican Dad.â€

De Lancie is best known as a regular guest star on â€œStar Trek: The Next Generationâ€ as the iconic all-powerful â€œQ.â€Â  He also holds the distinction of being one of the few characters to appear in three separate shows in the franchise (â€œTNGâ€, “Deep Space 9â€ and â€œVoyagerâ€).

VIP tickets are available now for fans who want to secure their opportunity to meet many of the stars at the event, including Stewart.Â  Fans can also visitÂ http://www.wizardworld.com/ohio.htmlÂ for links to VIP packages for Lee, Punk, Dushku and a group experience withÂ Boondock SaintsactorsÂ Norman Reedus, Sean Patrick FlaneryÂ andÂ David Della Rocco.

The full event schedule can be found atÂ www.wizardworld.com.