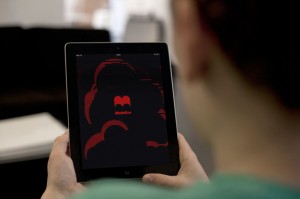 They say there’s an app for everything, but the comic book medium has stayed the same since its original heyday in the 1940s. Static images, even on a tablet, are just that.

The Madefire app for the iPad and iPhone strives to change that. Using technology similar to Adobeâ€™s Flash program, founders Ben Wolstenholme, Eugene Walden and Liam Sharp give artists and writers a new way to tell stories. With their technology, piercing screams can be heard, characters in the comics move deftly within panels, and bullets in gunfights seamlessly whiz through the air.