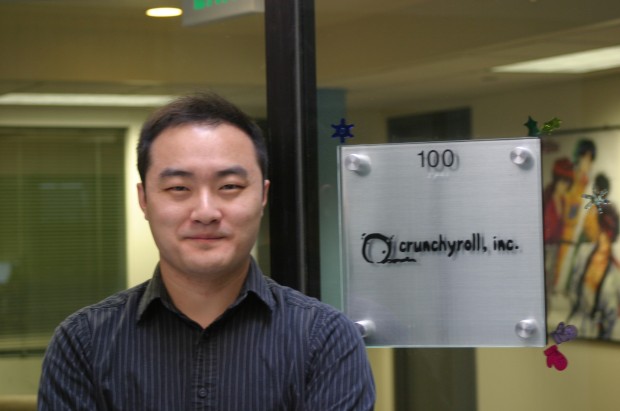 Review Fix chats with Crunchyroll CEO and Co-Founder Kun Gao, who discusses the interesting new developments within the upstart company.

Review Fix: How does Crunchyroll’s recent announcements change the lives of the average anime fan?

Kun Gao: We just announced we are launching the Crunchyroll service in Brazil. Now over 200m Brazilians can access the latest Anime shows within minutes of Japan TV broadcast, with Portuguese subtitles. Brazil actually has the biggest population of Japanese descendent outside of Japan, over 1.5m.

Overall, we have viewers from over 216 countries, and paying subscribers from over 161 countries. With Crunchyroll’s ubiquity, it’s never been a better time to be an Anime fan.

Review Fix: How important do you believe anime is to the entertainment business?

Gao: Anime is a very important part of the entertainment business. Many of the world’s most beloved shows are Anime or started as Anime. For example, any of Miyazaki-san’s work, such as Princess Mononoke, Speed Racer (the movie and the animated series), Pokemon, YugiOh, and much more.

Review Fix: How would you pitch your service to someone who has never heard of it?

Gao: Crunchyroll is basically Hulu for Asian content. We stream Anime and popular Asian dramas to over 8 million fans worldwide. There are two major selling points of the service. First, we stream majority of Anime being broadcast on TV (4 out of 5 titles on-air) within minutes in Japan TV broadcast.

Second, we professionally translate the shows to many languages, including English, Spanish, Portuguese, so the content is accessible for everyone.

You can watch most of the shows for free on devices we support, such as iOS, Android, Windows Phone, Samsung TV, Google TV, Roku, Boxee, PlayStation3, crunchyroll.com, and more. We have an awesome community of over 8 million viewers who not only watch, but also chat in forums, buy cool toys and goodies from our site.

Itâ€™s a one stop shop for everything Anime.

Review Fix: Anime is considered a niche form of animation. Why do you think, with comic books and video games gaining so much mainstream popularity over the last decade, that anime is still more a cult thing? Or do you see anime in a different light?

Gao: Anime is a 3 billion dollar industry annually, so it is far from being cult. I think Anime is a form of visual art, highly stylized, cool, edgy, impactful.

In many ways, it is a very strong medium. Maybe Anime come from comic books (manga), any many Anime titles are made into video games.

Review Fix: Why is anime important to you?

Gao: Anime is able to connect my hobby and love for the genre with my passion for being an entrepreneur. It’s allowed me to work with and be a part of some of the most passionate and awesome fans anywhere.

Today, Crunchyroll is able to connect Anime creators and millions of fans directly in a way that was not possible a few years ago. When fans watch on Crunchyroll, their ad dollars or subscription fee goes directly back to creators to allow more great shows to be created.

We are just happy to be the bridge to help the future of Japanese Animation, and to create an ecosystem of millions of viewers and subscribers directly connecting with the industry.

Review Fix: Do you remember the first anime you enjoyed? What was it? How did it affect you?

Gao: The first Anime I watched was Neon Genesis Evangelion in high school. It was a really profound and awesome experience. It opened me up to an entire new possibility for entertainment.

My favorite is Cowboy Bebop. The character development, concept, storyline, animation, music, everything about it was brilliant. It was a space cowboy show, before Firefly came out.

Review Fix: What are you currently watching on Crunchyroll?

Gao: I’m watching Sword Art Online on my Nexus 7, and it lets me keep up with the latest episode, which comes out every Saturday at noon. Itâ€™s a pretty awesome show, basically an Anime about these MMO players that become trapped in the game… well I won’t spoil it beyond that. Go to http://www.crunchyroll.com/sword-art-online and get hooked.

Review Fix: What else can we expect from Crunchyroll in the future?

Gao: We’ve got some really exciting things in the works, like our upcoming Xbox App. Again, no spoilers, but we are working on some really awesome things that will hopefully make both the Anime community and general audience
very happy.