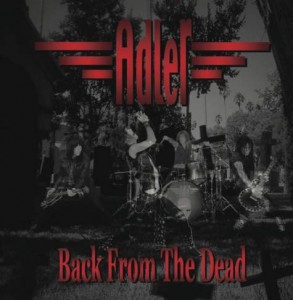 With its catchy guitar riffs and smooth lyrics, Adler’s “Just Don’t Ask” takes one back to the rocker ballad days of Bon Jovi and Whitesnake. However, at the start, the track feels a bit like Rod Stewart’s “Maggie May.” The acoustic solo and the riff that follows set up the tune beautifully.

The lyrics tell a story of two lovers, one with something to hide. Although he acknowledges his wrong doings, he can’t bring himself to tell them. In the vein of Meat Loaf and even Guns and Roses, this is a guitar-driven ballad you’ll leave on repeat.

Not enough can be said for the string work of Adler guitarist Lonny Paul here. Technically proficient throughout, Paul is a master of his instrument and conveys the timbre of the lyrics perfectly. The same thing can be said for the drum work of Steven Adler. His work, especially at the start of the song’s hook, is stellar.

If you thought Adler had nothing left to give Rock after his exodus from Guns and Roses, this song confirms a completely different scenario.

Adler and his bandmates have plenty to give.