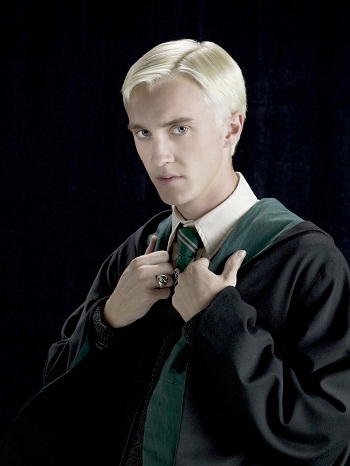 Felton, who began filming commercials at age eight and auditioned for the Malfoy role at age 12, appeared as the increasingly prominent villainous character in all eight films based on J.K. Rowlings’ blockbuster fantasy series, from Harry Potter and the Sorcerer’s Stone in 2001 through Harry Potter and the Deathly Hallows: Part 2 in 2011. He also appeared as â€œDodge Landonâ€ in Rise of the Planet of the Apes in 2011.

After taking the entertainment world by storm in his breakout role as â€œFonzieâ€ in the popular sitcom â€œHappy Daysâ€ (1974-84), Winkler established himself as an award-winning producer and director, mixing in a few well-placed acting roles like Scream, Waterboy and last year’s Here Comes the Boom along the way. After achieving success as â€œFonzie,â€ originally written as a minor character but which soon earned him billing alongside other series stars Ron Howard and Tom Bosley, Winkler quickly transitioned to produce the successful television series â€œMacGyverâ€ and direct the film Memories of Me, among dozens of off-screen credits over the past four decades.

Felton will appear at Wizard World St. Louis Comic Con on Saturday, March 23, and Sunday, March 24, while Winkler is scheduled to attend all three days.

The full event schedule can be found at www.wizardworld.com.