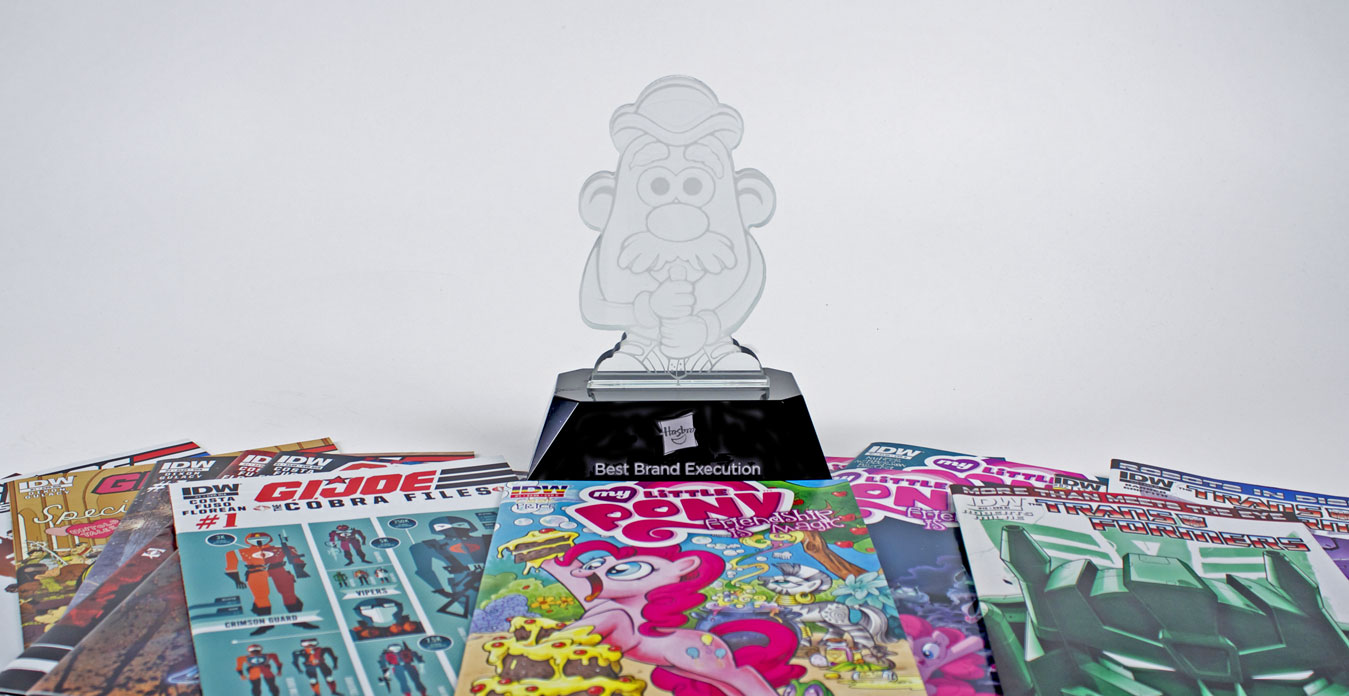 In a ceremony held this week at Hasbroâ€™s offices in Providence, RI, IDW was presented with a prestigious Spud Award for Best Brand Execution in Publishing! Senior Editor John Barber was on hand to receive the award, presented by Hasbroâ€™s Director of Global Publishing Michael Kelly.

This yearâ€™s Spud was presented for IDWâ€™s role in the massive success of MY LITTLE PONY: FRIENDSHIP IS MAGIC comics and their role in expanding the comics market to a new young audience, as well as achieving record sales.

â€œWeâ€™ve had a long, enjoyable, and very fruitful collaboration with Hasbro, so receiving this award is really meaningful,â€ said IDWâ€™s CEO and Publisher Ted Adams. â€œThe success of MY LITTLE PONY was due in no small part to that relationship and to the hard work of the seriesâ€™ editor, Bobby Curnow. Needless to say, weâ€™re looking forward to many more comics with our friends at Hasbro.â€

â€œWhen I first floated the idea of MY LITTLE PONY comics back in 2011, the idea was met with a bit of skepticism,â€ said Hasbroâ€™s Michael Kelly. â€œBut IDW is a publisher Hasbro can count on for both creativity and vision, and they delivered on that once again with comics that capture the magic and humor of the brand. The storytelling, the editorial, and the overall success of the launch made IDW the clear choice for this yearâ€™s award.â€