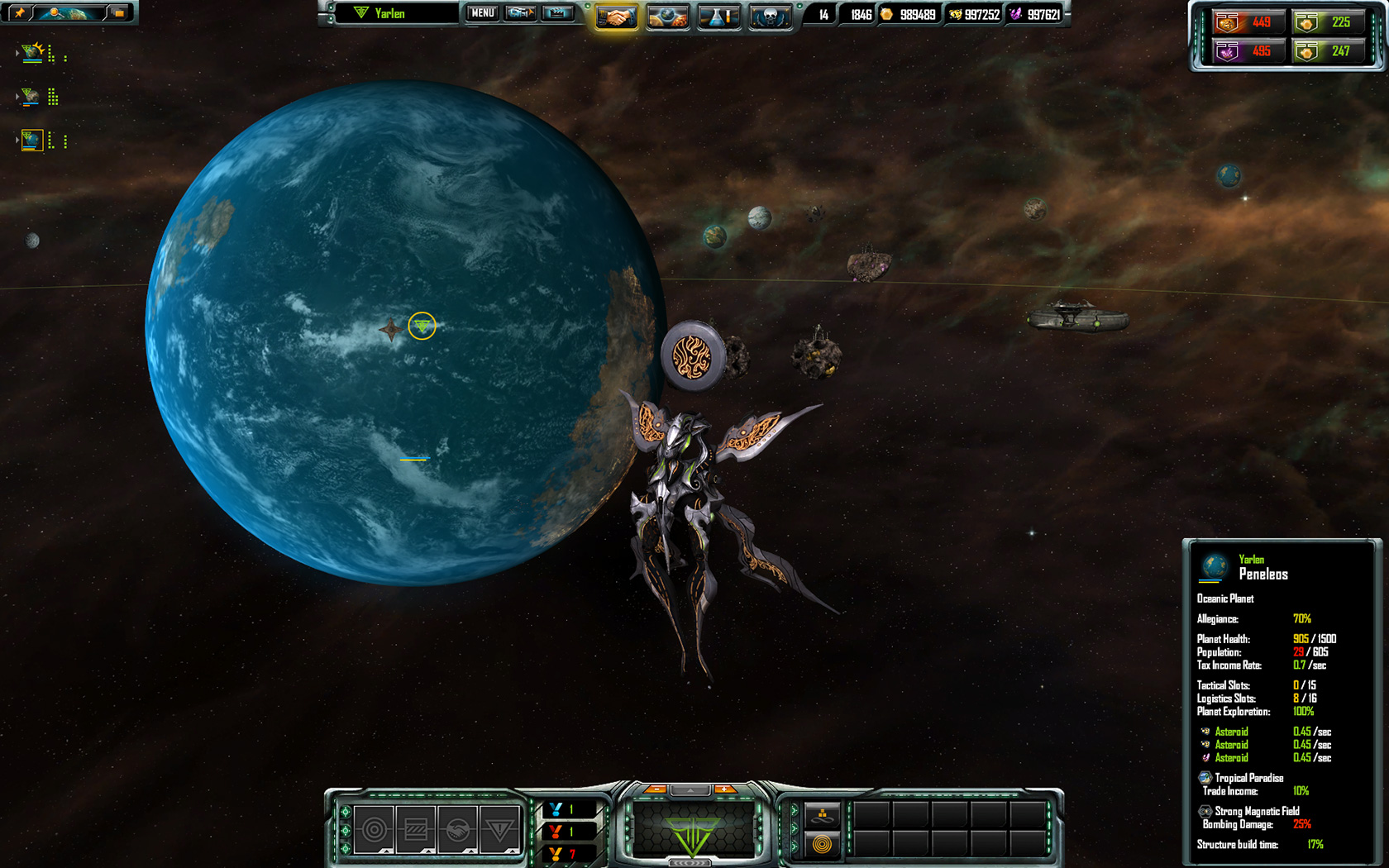 The war between the loyalists and the rebels within the TEC, Advent and Vasari continues within the depths of Trader Space. Yet, this sector of the galaxy has far more worlds and history than any of the factions are aware. The need to survive forces each to expand into the unknown, discovering worlds of hazard, wealth, risk, and mystery. Most ominously, the Trader factions have been loathe to expand to these worlds due to the dark myths that surround them.
Feature List:

â€¢ New Planet Specialization System: Dedicate your worlds to either social or industrial output. Devoting your planet to social improvements will increase its population and culture, at the cost of trade income and ship production. Choosing an industrial path will limit your growth and culture, but make your planet a trading and ship building powerhouse.

â€¢ 15 new research subjects allow the races to conquer and expand onto the forbidden worlds.

â€¢ Discover 40 new planet bonuses during your exploration of the galaxy, unlocking the dark past of the Sinsâ€™ universe.

The Forbidden Worlds DLC will be available direct, as well as on Steam, GameStop, GamersGate and GameFly.
To learn more:
Sins of a Solar Empire website: www.sinsofasolarempire.com