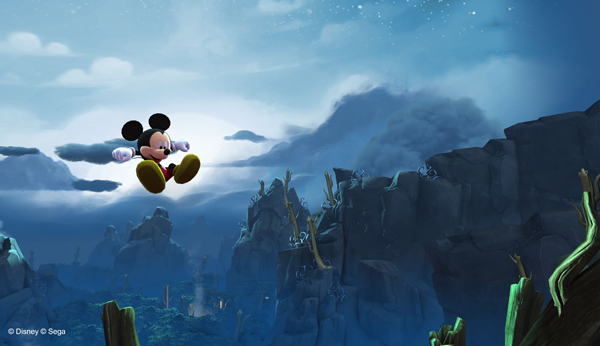 The 1990 Sega Genesis classic “Castle of Illusion: Starring Mickey Mouse” is getting a 3D makeover on the PC, Xbox Live Arcade and Playstation Network this September and from our early hands-on, Mickey is at his near side-scrolling best.

Sure, it’s not something you’d see in a Fallout game, but it was 1990, calm down. Regardless of the simplicity of the story, the gameplay holds up just fine. Traditional and old-school, the side-scrolling adventure will take you back to your youth when games like this flooded the marketplace. Even younger gamers, who have only briefly experienced older Mario and Donkey Kong Country titles, will find this title a refreshing addition to the genre.