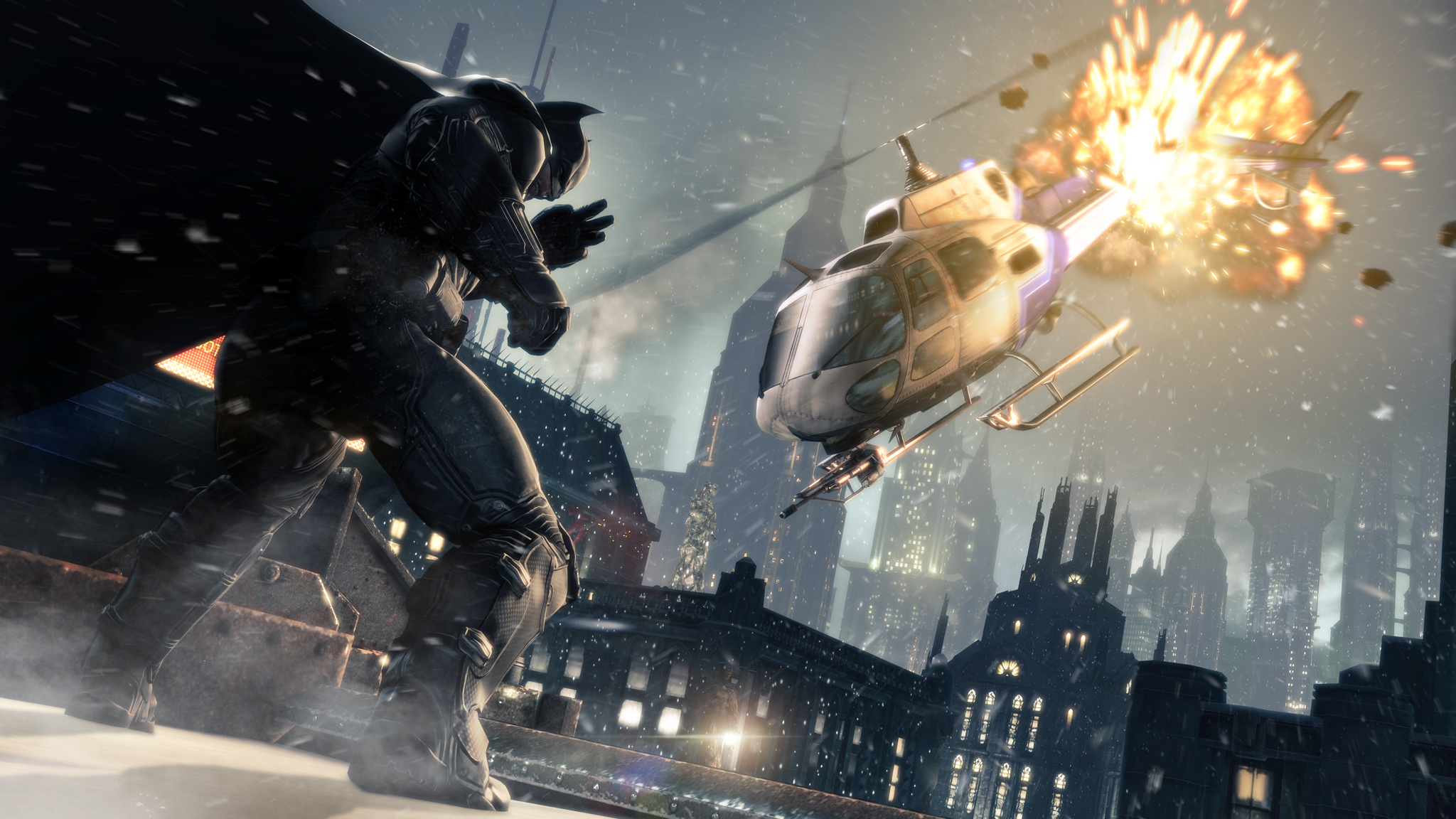 Batman can’t even get a holiday off.

The latest entry in the Arkham series, â€œBatman: Arkham Origins,â€ is set on Christmas eve in year two of the caped crusaderâ€™s crime fighting career and pits the Dark Knight against the worldâ€™s deadliest assassins, ready to collect Black Maskâ€™s 50 million dollar bounty on the Bat.

Creative director Eric Holmes, stars of the game, the voice of Batman Roger Craig Smith, the voice of the Joker Troy Baker, and surprise guest, Erin Pierperderdis, a producer from NetherRealm, talked up the October 25th release at this yearâ€™s New York Comic Con.

Pierperderdis was eager to share his surprise o the hundreds of fans in attendance.

â€œSo, why am I here tonight? Because we are very excited to announce, right here at New York Comic Con, that we are bring â€˜Batman: Arkham Originsâ€™ to the mobile platforms as well.â€

A trailer for the mobile game was screened for fans, which showed more of a brawler as oppose to its stealth action/adventure console counterpart. NetherRealm was the same team behind the â€œBatman: Arkham City Lockdownâ€ mobile game, so they are not new to the Batman universe. The footage showed many different costumes which Pierperderdis promised were not just aesthetic choices.

â€œThese suits actually influence the gameplay, they have different moves, different stats, these sorts of things, so as you are fighting crime in Gotham, â€œ he said. â€œYou might need to switch to a different suit that fits that particular environment much better.â€

The conversation then switched gears to talk about Batmanâ€™s rich 74-year history. Each panelist had high praise for those who came before them with Smith going as far to say, â€œKevin Conroy is king.â€ They said itâ€™s not about topping those that came before them, but respecting the history and just making an awesome game. However; even with their modesty, Baker does a scary rendition of an excerpt from the classic Joker story â€œThe Killing Joke,â€ which silences critics who are weary of a new actor in the role.

Holmes had one more surprise for the crowd; a new trailer for a new assassin who is ready to take on the Batman to collect Black Maskâ€™s 50 million dollar bounty: The Electrocutioner. It was not the crowdsâ€™ first or last guess as to who the new assassin was, but like many characters in the Arkham world, the series looks to breathe new life into Electrocutioner.

Carrying on the tradition of the classic Megaman games, players will be able to unlock new abilities after defeating assassins.

â€œThe Electrocutioner is a character with that Megaman element,â€ said Holmes. After defeating him, players will be able to wreak havoc on Gothamâ€™s criminals with the shock gloves.

The panelists are very aware of the shadow cast upon them, but they have owned up to the challenge of delivering another great entry in the Arkham series. Fans of the series are still worried that Rocksteady, the studio who developed the first two games in the series, are not making this one.

But as Troy Baker sung elegantly in his Joker voice, â€œSome say I am good, some say I am evil, even more so than the sith. But I suppose youâ€™ll all find out on October 25.â€