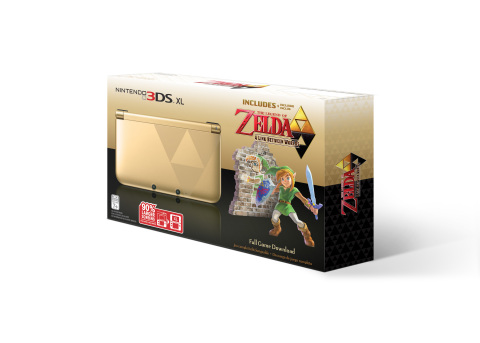 A new 3DS XL bundle will feature a black and gold console, as well as a download code for the new â€œThe Legend of Zelda: A Link Between Two Worldsâ€ game, Nintendo confirmed today in a press release obtained by Examiner.

The bundle will cost $219.99 and will be available beginning Nov.22, according to the release. Set in the same world as the Super Nintendo classic, â€œThe Legend of Zelda: A Link to the Past,â€ Link now has the ability to draw on walls and merge with them, allowing for a much different way to solve puzzles and advance through dungeons. After many years since the events of â€œLink to the Past,â€ gamers will find Hyrule a much different place.

This weekâ€™s episode of Impact Wrestling featured a trio of solid matches, but plenty of storyline development that will surely...