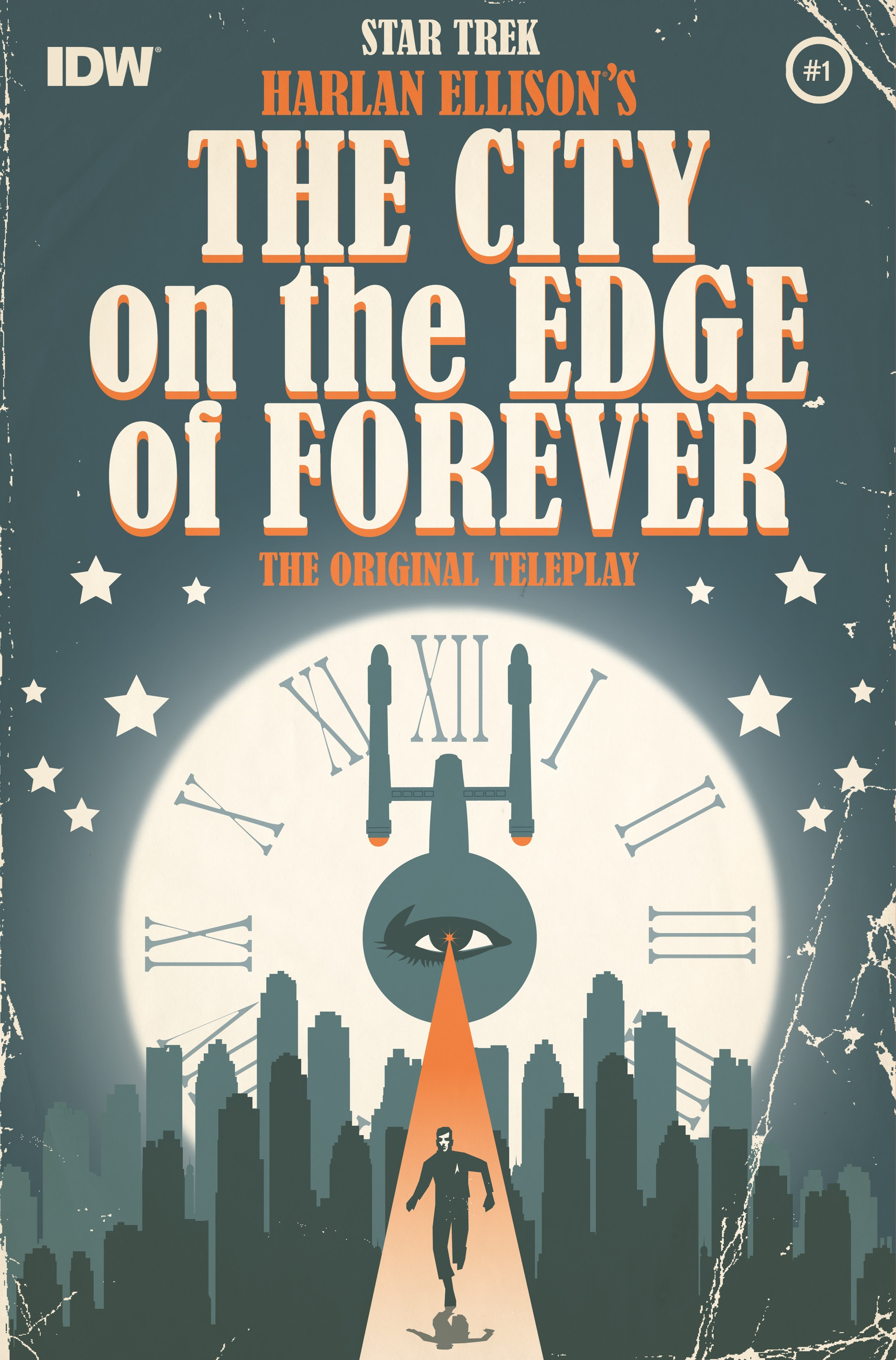 Ellisonâ€™s original teleplay won both the prestigious Hugo Award for Best Dramatic Presentation as well as the Writerâ€™s Guild of Americaâ€™s Award for Most Outstanding Teleplay.

For decades, legions of fans have speculated about the episodeâ€™s history, but few people have read the original teleplay, which is very different from the televised version. This comic-book miniseries, produced under the guidance of Harlan Ellison himself, now offers fans everywhere the opportunity to see a classic Star Trek episode the way no one has seen it before.

Adapting the teleplay for the comics series are writers Scott Tipton and David Tipton, no strangers to IDWâ€™s Star Trek comic universe; interior art will be painted by J.K. Woodward, coming off the well-received Star Trek: TNG/Doctor Who maxi-series written by the Tipton brothers. Each issue of the series will feature a special cover by artist Juan Ortiz, whose artistic interpretations of every episode of Star Trek: The Original Series were recently published in an oversize hardcover collection, Star Trek: The Art of Juan Ortiz. Variant covers will be provided by movie poster artist/Star Trek: Khan cover artist Paul Shipper.

â€œPresenting Harlan Ellisonâ€™s brilliant original script for â€˜City on the Edgeâ€¦â€™ has been a goal of ours since IDW first began publishing Star Trek comics in 2007,â€ said series editor and IDW Chief Creative Officer/Editor-in-Chief Chris Ryall. â€œThe episode justifies its position atop â€˜best Star Trek episodesâ€™ lists but even it ainâ€™t nuthinâ€™ compared to what Ellison did in his original teleplay. This is truly going to be a Star Trek adventure unlike any other, even to fans who have that beloved episode memorized.â€

Harlan Ellison says: â€œIt was a superlative joy of my long life to have worked with Leonard Nimoy, who became my friend, and many others at Star Trek; and an equally heart-happy joy to be working with J.K. and the Tipton Bros. and Chris Ryall on this long-awaited visual of my (humbly, I say it) brilliant original â€˜Cityâ€¦â€™â€

Star Trekâ€™s â€œCity on the Edge of Foreverâ€ originally aired on April 6, 1967, as the penultimate episode of Star Trekâ€™s first season. The episode is, at its most basic, a poignant love story as well as a breathtaking trip through space and time, from the future all the way through 1930s America, as Kirk and Spock race to apprehend a renegade criminal and restore the order of the universe. IGN awarded it the number-one spot in their list of the Top 10 Classic Star Trek Episodes. Further, TV Guide named the episode one of its 100 Most Memorable Moments in TV History. The first-ever comic-book adaptation of the teleplay as Harlan Ellison originally intended it is a true publishing event.

Star Trek: Harlan Ellisonâ€™s Original City on the Edge of Forever Teleplay #1 (of 5) will be available in June and is under license by CBS Consumer Products