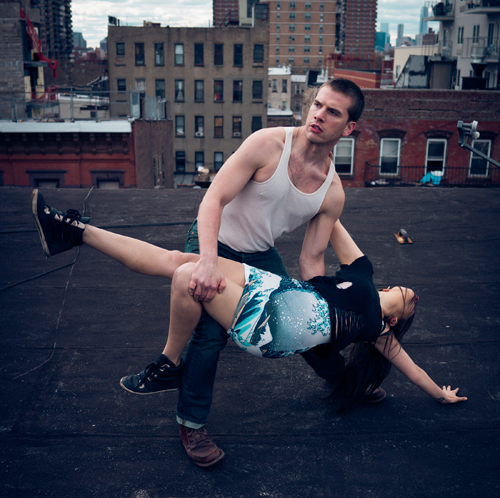 For Asta Paredes and Clay Von Carlowitz, two young NYC based actors, compelling work usually does not fall out of the sky; especially when youâ€™re committed to making art you are passionate about. So, what does two classical actors do to find good work? Crowd-fund a passion project that displays their talents, enter: â€œDanny and the Deep Blue Sea.â€

The Indiegogo project, which ends May 5, is a labor of love for the actors.

â€œDanny and the Deep Blue Sea,â€ written by Oscar winner John Patrick Shanley, tells the story of Danny and Roberta, two emotionally withdrawn Bronx residents who for the first time begin feel they may have found something real.

â€œDue to the fact right now, the standard of work or the caliber of work that we would like to do isnâ€™t there,” said Von Carlowitz. â€œWe put the burden on ourselves to find a work that would properly challenge us.â€

Von Carlowitz and Paredes are not only collaborators; they are a couple.

They met on set of â€œReturn to Nuke â€˜Em High,â€ Troma Entertainmentâ€™s event film and it was love at first sight.

â€œWithout communicating verbally we realized instantly we had fallen in love.â€ Said Paredes.

â€œIt was a high, meeting each other at the right time,â€ Von Carlowitz said, â€œwe decided to let go so much from before; so much weight, so much baggage, I think that was great.â€

Their ultimate goal is to raise $3,000 to put on the production over the summer. One of their biggest contributors, lloydk, is legendary independent filmmaker Lloyd Kaufman. A huge advocate for independent art; however if you click on his Indiegogo profile â€œDanny and the Deep Blue Seaâ€ is the only project he has backed.

Paredes and Von Carlowitz are apart of a cast Kaufman has hailed as â€œthe best Troma cast ever.â€ So, it is no surprise Kaufman has contributed to their passion project. 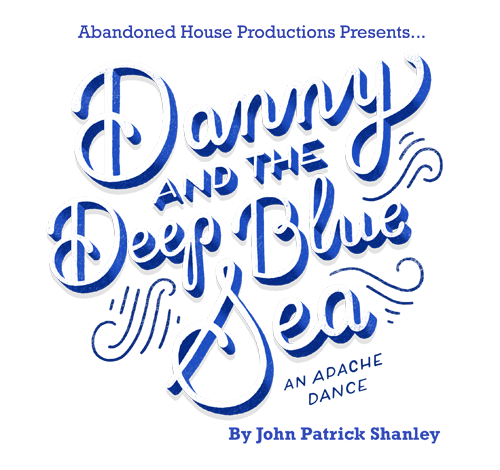 â€œDanny and the Deep Blue Seaâ€ not only flexes their creative muscles, but Danny and Robertaâ€™s relationship is parallel to their own.

â€œMeeting her, Iâ€™ve revised my vocabulary and Iâ€™ve found a better way to make sense of the world or at least I feel I have a better grasp on it,â€ Von Carlowitz revealed. â€œI think itâ€™s important this play is done by people who trust each other.â€

â€œFor this play we are going through these universal themes, â€œ Paredes said. â€œThat are just representative of what it is to be battered by the world, and not accepted but then to decide to just accept each other and find solace in that.â€

The play had its Broadway run over 30 years ago; although both Paredes and Von Carlowitz are not looking to place it in any specific time period, they will be performing a modern take on the beloved material.

â€œWeâ€™re living in an age of Nostalgia,â€ said Paredes.â€œA lot of trends from that exact era, the early eighties to the early nineties is coming back in resurgence. People are owning that they love Salt N Pepa more than they ever did. Weâ€™re not labeling it in a certain time period, but we are saying that it is modern.â€

â€œThe play was original produced in 1983, and then it got its off Broadway run in 1984. And that was a different Bronx,â€ Von Carlowitz stated. “At the same time, John Patrick Shanley notes that itâ€™s not necessarily existing such a specific time and place, so thereâ€™s room to play with that.â€

The coupleâ€™s modern take on the play will have its own unique mark on the beloved material with the addition of Apache dance.

â€œI have a bit of a dance background,â€ said Paredes, â€œWe learned a lot of different styles, we learned how to explore acting through movement and not words. Instead of just going from one scene to the next; weâ€™re using dance.â€

This showcase/labor of love scratches an itch for the actors, who feel the need to work on projects that challenges them and ones they are passionate about.

â€œI see this void as I described of work or lack of really high caliber projects, but itâ€™s not just to get exposure, of course thatâ€™s part of it; itâ€™s essential because we want to do this for a living but itâ€™s to feed a hunger inside of us,â€ Von Carlowitz explained. â€œYou have to make art personal.â€

In any art collaboration, passion and talent are not the only factors in creating a great experience for the audience; chemistry is just as, if not more important, which there is no shortage of between the two actors.

Wherever this production of â€œDanny and the Deep Blue Seaâ€ takes the careers of the young couple, they have a firm grasp of who they are and what their beliefs.

â€œNo compromise, â€œ Von Carlowitz said with confidence. â€œItâ€™s a risk to be like that, for sure. Of course people who are veterans of the business and work for studios may see that statement as naÃ¯ve; I think at the heart of it is extremely valuable and will serve us in the long run.â€