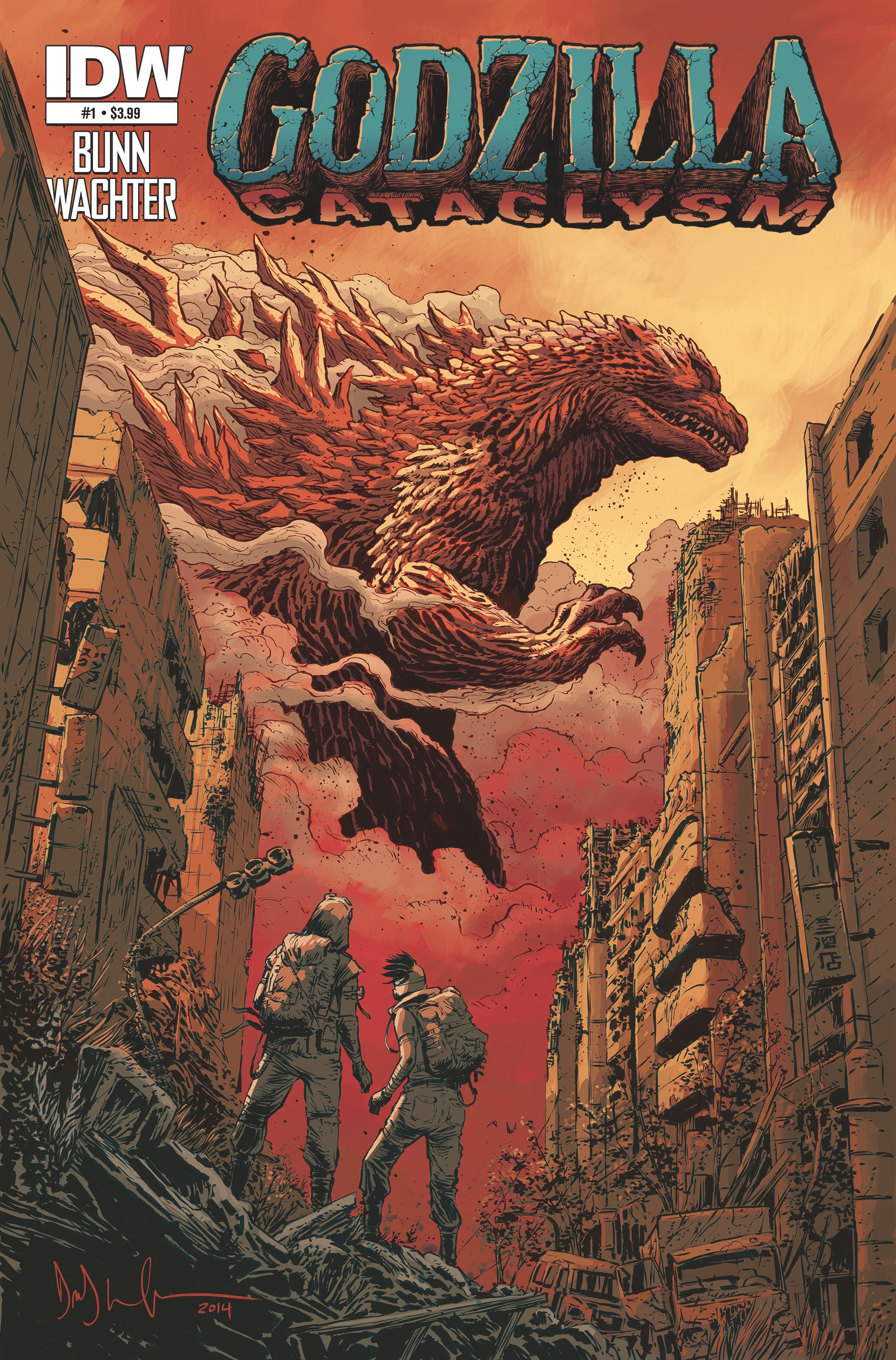 An Apocalyptic Wasteland Awaits The King Of The Monsters!

Last seen in the monster apocalypse, Godzilla has all but abandoned humanity. In the ashes of a nightmarish future, an elder tribe leader, Hiroshi, is haunted by the monsters of the past that nearly wiped out mankind. As danger begins to escalate for his tribe, the memories of the past may well be the key to saving the future.

Industry veteran Cullen Bunn (The Sixth Gun) brings his renowned talents to the series as writer, with the immensely skilled Dave Wachter (Night of 1,000 Wolves) handling the art in this dystopian Cataclysm.

â€œI’ve wanted to write a Godzilla story for as long as I can remember,â€ said Bunn, â€œbefore I even started Kindergarten, I drew a book titled ATTACK OF THE MONSTERS, which featured Godzilla, along with other monsters, terrorizing the world. The story started with Godzilla erupting from an iceberg and ended when the military dropped a massive sword on his head. I like to think that my storytelling sensibilities have matured since those days, but the desire to write a Godzilla story has remained with me.â€

2014 marks the 60th anniversary of Godzilla stomping on to the screen and captivating audiences worldwide. Fans can catch Godzilla every month in the ongoing IDW Godzilla series, Godzilla: Rulers of Earth. Godzilla: Cataclysm will come crashing down, starting this August. Follow IDW on Facebook, facebook.com/idwpublishing and on Twitter @IDWPublishing for information and updates.