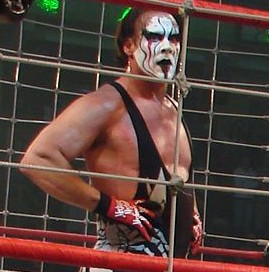 Sting, a former WCW, NWA and TNA World Heavyweight Champion, as well as WCW Tag Team, Television and United States Champion has never wrestled for the WWE, but was reportedly signed to a WWE Legends contract by the company a few months ago, to help facilitate the branding of WCW material on the new WWE Network. Dubbed â€œThe Franchiseâ€ during his tenure in WCW, Sting is the last of former WCW stars to never wrestle in the WWE. After years of speculation, it now appears that â€œThe Stinger,â€ at the very least, will officially appear in a WWE video game.