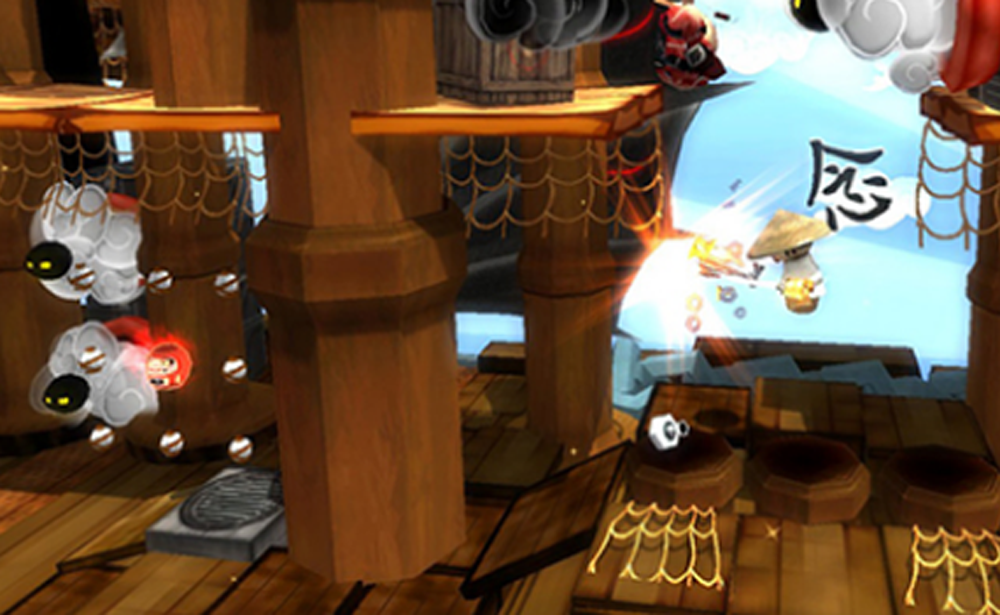 Review Fix chats with Camille Masson, Technical Director and Cedric Cadiergues, Artistic Director for the recently released Wii U game, â€œWooden Senâ€™Seyâ€ discuss the creative process and hopes for the nifty action adjustment title, as well as what they are working on now.

Camille Masson: After an initial year of development, the game was released in 2012 on Desura. Later, we added a dedicated time attack mode with leaderboards, then we teamed up with Neko to release â€˜Wooden Sen’SeYâ€™ on Steam (Dec. 2013) and Wii U (July 2014). It was just the two of us most of the time; we added one more person to our team to help make the Wii U port.

Review Fix: What games did you guys play as kids and how did they play a role in the creation of this one?

Cedric Cadiergues: We played all kind of games as kids, games like Flashback, Kirbyâ€™s Dream Land, Sonic, etc. The most influential for Wooden Sen’SeY certainly were Alex Kidd, Mario, Donkey Kong and Streets of Rage.

Review Fix: What has the reception been like so far?

Masson: We’ve had a lot of positive feedback – people tend to like the universe and the feeling of the game, and that makes us happy.

Review Fix: Who do you think will enjoy the game the most?

Cadiergues: People who like evolving in new universes; hardcore old school platformer fans, and of course score grinders for the time attack with leaderboards mode.

Review Fix: What are your hopes for the game?

Masson: We hope to make a name, namely on Wii U and Steam. And of course, survive ’till the next game gets released.

Review Fix: What do you think is the strongest element of the game?

Cadiergues: Our care for the core gameplay, combined with beautiful graphics.

Review Fix: Is there something in the game you would have changed if you had more time?

Masson: If only we had more time. We would probably have made a smoother difficulty progression, through more levels. Also more enemies, more bonus types and also a hardcore difficulty mode!

Review Fix: Bottom line, why should someone download the game?

Cadiergues: Wooden Sen’SeY challenges you in a new and colorful universe – and lets you perfect your skills in an unforgiving time attack mode. Dig in!

Review Fix: Any thoughts on a sequel?

Masson: Why not, if players ask for it.

Review Fix: What are you working on now?

Cadiergues: A new game. Not (really) disclosed yet- we revealed a new image with a code name recently.
http://blog.en.upperbyte.com/2014/09/codename-hz.html