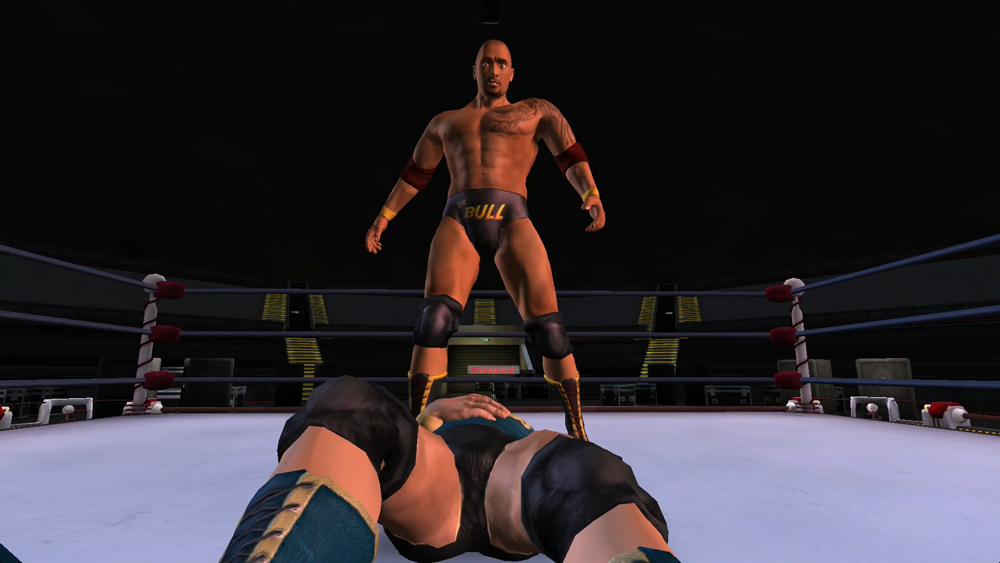 On the surface, Serious Parodyâ€™s â€œ5 Star Wrestlingâ€ isnâ€™t even a B+ player. Itâ€™s uglier than Bastion Booger and its load times sometimes make Haystacks Calhoun look like Juventud Guerrera.

But just like former WWE Champion Daniel Bryan, itâ€™s got something special.

The more you play this game, the more youâ€™ll see that its gameplay mechanics and tiny odes to classic games the likes of â€œWCW/NWO Revengeâ€ and â€œWWF No Mercyâ€ are a perfect combination of wrestling goodness.

Unlike the 2K Sports WWE games, you canâ€™t simply take a selfish route and beat the blazes out of your opponent, regardless of who they are. Who you choose to perform with and against will dictate your in-ring psychology. Youâ€™ll have to think- like a wrestler.

At the same time, youâ€™ll be rewarded for your time and energy. Again, unlike the WWE games, the movesets in â€œ5 Star Wrestlingâ€ have been expertly handled. There are no weird counters that wrestlers have never performed in the ring and every wrestler does their â€œrealâ€ moves. Although a â€œparody,â€ youâ€™ll see that every character, from Curtis Angle (Kurt Angle) to HarVee Dee (Rob Van Dam) and Greg Harty (Jeff Hardy) feels authentic. As a result, the gameâ€™s small roster of just eight performers doesnâ€™t feel nearly as thin.

About Patrick Hickey Jr. 12541 Articles
Patrick Hickey Jr. is the Founder, Editor-in-Chief, Master Jedi and Grand Pooh-bah of ReviewFix.com and is the author of the book, "The Minds Behind the Games: Interviews with Cult and Classic Video Game Developers," from leading academic and non-fiction publisher McFarland and Company. He is currently the Assistant Director of the Journalism Program at Kingsborough Community College and is a former News Editor at NBC Local Integrated Media and a National Video Games Writer at the late Examiner.com. He has also had articles and photos published in The New York Times, The New York Daily News, Complex and The Syracuse Post-Standard. Love him. Read him.

The '80s were a time when action was a big part of the movie industry. Actors such as Sylvester Stallone,...