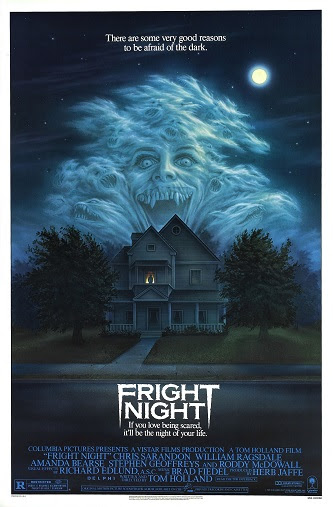 BCHFF is thrilled to kick off the festivities on Thursday, August 20th with the much anticipated horror anthology TALES OF HALLOWEEN, featuring 10 ghastly tales, including films written & directed by: Neil Marshall (The Descent), Lucky McKee (The Woman), Darren Lynn Bousman (Repo! The Genetic Opera), & Mike Mendez (Big Ass Spider!). Many of the filmmakers will be in attendance for a Q&A following the screening, a Hallows Eve themed after-party, a panel at Wizard World hosted by horror film critic Scott Weinberg, and a few more surprises.

The festival will close on Sunday, August 23rd with the Chicago Premiere of HE NEVER DIED, written & directed by Jason Krawczyk, and featuring the forever awesome punk rock legend HENRY ROLLINS as an immortal cannibal, in a career defining performance. Special guests for this screening will be announced shortly.

The 2nd annual Bruce Campbell Horror Fest is delighted to play host to the U.S. Premiere of CONTRACTED: PHASE 2, the (very) bloody sequel that delivers the goods and then some to 2013â€™s indie hit & gross-out exercise in body horror.

Also making its U.S. Premiere at the festival is quite possibly the most insane film of the year (or any year for that matter), BUNNY THE KILLER THING. This soon to be cult classic will have audiences jaws on the floor as they watch a sadistic man in a bunny rabbit suitâ€¦.well, youâ€™ll just have to wait & see it for yourself. Youâ€™ve been warned!

â€œWorking with Bruce, Wizard World, film critic Scott Weinberg, & the awesome filmmakers & talent within this festival, is the equivalent of assembling a dream team for meâ€, said the festivalâ€™s Artistic Director/Programmer, Josh Goldbloom. â€œIâ€™m honored to showcase these brilliant genre films in such a wonderful setting, in one of my favorite cities, and with a true horror legend at the forefront of it all. We canâ€™t wait to share with you this world-class program!â€

The full schedule of films, panels, events, and of course Bruce Campbell, will be released in mid-July. An extremely limited number of festival badges will go on sale at noon (PST) today for $66.6, and festival-goers will have 6 days, 6 hours, & 6 minutes to obtain a badge at the reduced rate. All Wizard World Comic Con ticket holders will have access to the festivities, space permitting.

The festival will be held at The Muvico Rosemont & Donald E. Stephens Convention Center. Badges can be purchased here: http://wizardworld.ticketleap.com/brucecampbellhff/.