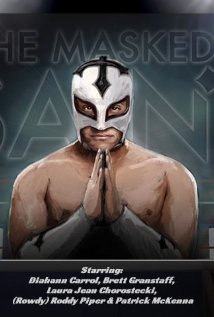 Review Fix chats with writer and actor Brett Granstaff and Global Force Wrestling founder and professional wrestling legend Jeff Jarrett, who discusses the upcoming film, â€œThe Masked Saintâ€ and the impact theyâ€™d like to to have on both professional wrestling and mainstream media. Written by and starring Granstaff, the film also features the late Roddy Piper.

â€œThe Masked Saintâ€ is the journey of a professional wrestler who becomes a small town pastor and moonlights as a masked vigilante fighting injustice. While facing crises at home and at the church, the Pastor must evade the police and somehow reconcile his violent secret identity with his calling as a pastor.

Watch a trailer for the film below:

Check out this weekâ€™s GFW Impact Power Rankings to see who dominated in a monumental episode of Impact Wrestling. Honorable...