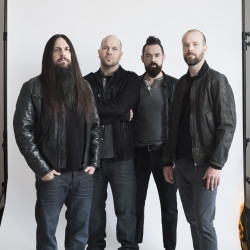 Review Fix chats with Finger Eleven frontman Scott Anderson, who discusses the bandâ€™s new album, â€œFive Crooked Lines,â€ which is set for a July 31 release via The Bicycle Music Company/Concord. Breaking down the creative process and inspiration behind the album, Anderson lets us know exactly why itâ€™s a special one.

The bandâ€™s first album in five years and follow up to their stellar 2010 album, â€œLife Turns Electric,â€ Black lets us know what separates it from the other seven albums theyâ€™ve released.