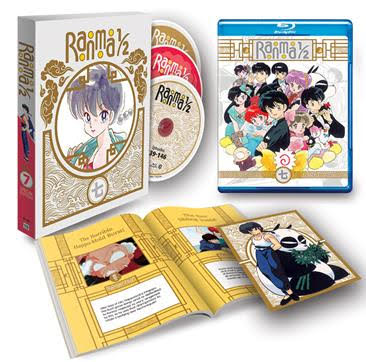 Wrapping up the series with 23 episodes across three discs, both the Standard Edition DVD box set and Limited Edition blu-ray box set — going for $44.82 and $54.97, respectively — contain episodes 139-161 as well as bonus features like trailers and clean openings and endings.

The blu-ray set, which comes in a â€œgorgeously illustratedâ€ chipboard box, will also include a full-color art card, a 32-page booklet with summaries of individual episodes, and the final installment of â€œWe Love Ranma Part 8 – We Love Rumiko Takahashi.â€

Takahashi is the creator of the manga that inspired the series. Sheâ€™s also known for creating other popular manga like â€œInuyashaâ€ and â€œMaison Ikkoku.â€