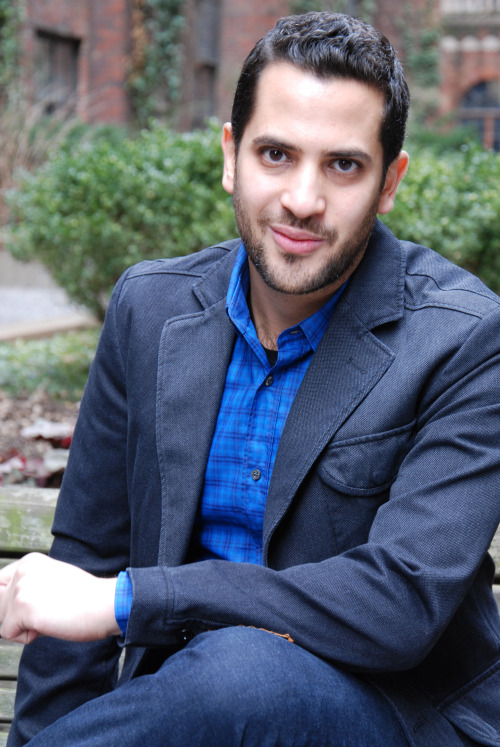 Review Fix chats with director Kareem Fahmy, who discusses â€œCouriers and Contrabands,â€ which is set for a Sept. 5 debut at the TBG Theatre in New York City.

Synopsis: 1864. Petersburg, Virginia. As the Civil War rages on, Confederate operatives in control of a courier line work to gather information on the Union’s efforts. Little do they know that they themselves are being watched by a contraband masquerading as a slave who acts in the interest of the North. Couriers and Contrabands explores the War from the point of view of those people who had the most impact on its outcome while being the least known: the spies.

Kareem Fahmy: I create new plays from the ground up, collaborating intensely with playwrights and actors. When I meet a playwright whose work I respond to, I’ll bring them an idea I’m interested in exploring that I think they’ll get excited about. Then we’ll spend time working with actors to delve into that idea from all angles – seeing what creative sparks fly. That initial exploration lays the groundwork for a new play.

Review Fix: What makes you different from other directors?

Fahmy: All directors have their own aesthetics, their own interests, their way of approaching a play…. I’ve worked on a lot of plays that deal with history, with race, with big societal issues but in each case I’m looking at the emotional consequences first and foremost. My “in” to a play is about how the characters feel in their given situation – be it a family dinner or a political revolution. So by making the emotional lives of the characters the focal point, it gives audiences a way to relate to the material even if the situation is as far as can be from their own lives. I’m a firm believer that we go to the theatre to experience an elevated emotional state. It’s something that can’t be achieved in a film or a TV show. In the theatre you’re sharing the same air as the performers and the relationship is so much more intense. So in my work I’m aiming to create that heightened state for both the audience and the performers.

Fahmy: There are so many things that make Couriers and Contrabands a unique and exciting show. First and foremost is that it’s taking a very well-known period of American history and looking at it from a fresh perspective. We’re looking at the Civil War through a new lens and telling stories that have been lost in the narrative of the War. I think audiences will be really excited by what we’ve found – particularly in that our characters are inspired by real people who made crucial contributions to the War but that history has largely forgotten. Secondly, the play is a really exciting mash-up of genres: it’s a historical drama that has a strong thriller element, along with a poignant love story and some great comedy. It’s a very complex, entertaining, and engrossing show.

Review Fix: How is your cast unique?

Fahmy: Our cast features some of the most talented and exciting actors working in NYC right now. They’ve been on Broadway, Off-Broadway, in the regional theaters, on television and in films. They’re faces that you’ve seen and got excited about but haven’t necessarily “broken through” and this production gives them all a chance to shine.

Fahmy: I’m a Canadian and here I am creating a play about the American Civil War. On a personal and political level, working on this show has illuminated the specific American experience: how the wounds of the past are still very much open and affecting the daily lives of Americans. I used to allow myself to stay outside of the debates because I didn’t feel like I had the knowledge or right to espouse my beliefs on the issues – but having now lived in the US for over a decade, I realize that the political IS personal and we all have a responsibility to stand up for what we believe in.

Fahmy: I’m just really excited for audiences to see it, to be surprised by it, to have their expectations subverted.

Fahmy: Since this play does mix genres, there’s really something for everyone. You can have zero knowledge (or interest!) in the Civil War and still come to this play and be entertained. For those people who are history buffs, I think they’ll be excited to see how we’ve looked at the War from a new angle.

Fahmy: I’m going to be a director-in-residence at the New Museum for their new projectÂ X-IDÂ throughout the fall and early winter.Â Next May I am directing another world premiere production about a woman’s journey from Egypt to Canada in the 1960s. It’s a beautiful love story called This Time and it’s a play that I’ve been developing based on the true story of my grandmother. It opens at the Sheen Center on Bleecker Street in May 2016.