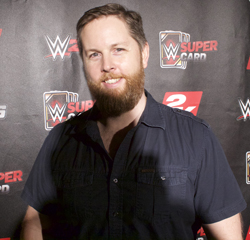 Sporting easily the best visuals in a pro wrestling game to date, “WWE 2K16” is easily a step ahead of its predecessor, with awesome character models, more attention to detail and some of the best hair and cloth animations on the PlayStation 4, period. With a new submission system, new controls, brand new commentary, an updated creation suite and more characters than ever before, as well as a revamped online mode and several other gameplay additions, â€œWWE 2K16â€ Continues to add more beef to what already appears to be a hearty gameplay stew.

â€œWreck-it Ralphâ€ needs to be permanently unplugged. Taking place directly after the movie, the arcade is invaded by the Cybugs...