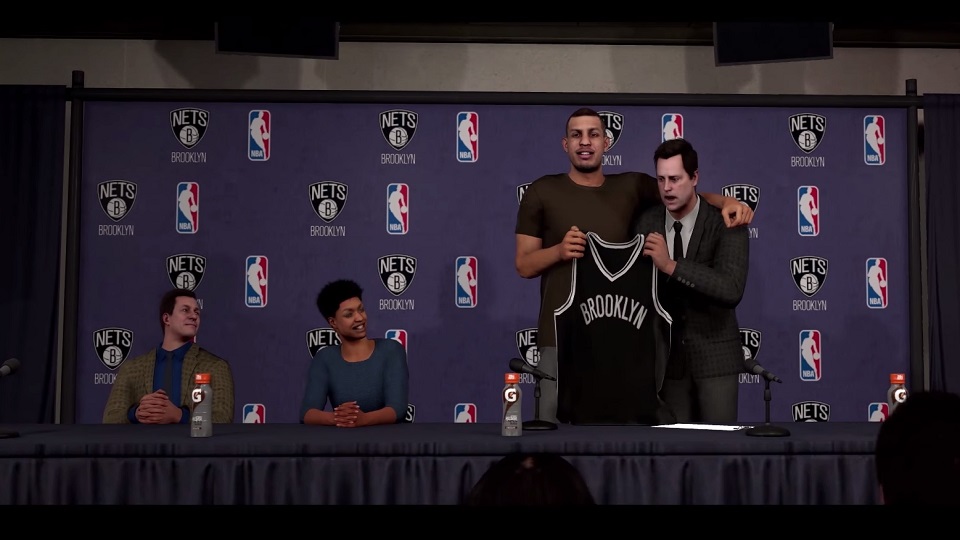 Watch Review Fix Editor-In-Chief Patrick Hickey Jr. play an exhibition game in 2K Sports “NBA 2K16.” Although he gets smoked by the computer, this is an educational video people, just check out the visual goodies of this year’s game.

The old credo, “If it ain’t broke, don’t fix it,” has never been truer when it comes to the “NBA 2K” series. Although the visuals are improved, with thousands of new noticeable animations and smoother-looking character models, awesome hair and cloth textures, as well as more individual tattoos and mouth guards, the core gameplay in “NBA 2K16” is still relatively the same. Luckily for 2K Sports, even in its semi-improved state, “NBA 2K16” still a fantastic game and one that is better than any of its competitors.

You can read his full review of the game, Here.

About Patrick Hickey Jr. 10596 Articles
Patrick Hickey Jr. is the Founder, Editor-in-Chief, Master Jedi and Grand Pooh-bah of ReviewFix.com and is the author of the book, "The Minds Behind the Games: Interviews with Cult and Classic Video Game Developers," from leading academic and non-fiction publisher McFarland and Company. He is currently the Assistant Director of the Journalism Program at Kingsborough Community College and is a former News Editor at NBC Local Integrated Media and a National Video Games Writer at the late Examiner.com. He has also had articles and photos published in The New York Times, The New York Daily News, Complex and The Syracuse Post-Standard. Love him. Read him.

This season has toggled between exciting and frustrating, and more than any episode “A Tale of Two Cities” showcases its...