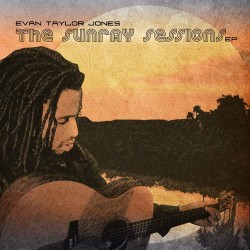 Review Fix chats with singer/songwriter and guitarist Evan Taylor Jones, who discusses his new EP â€œThe Sunray Sessions.â€ Jones brings a kinetic burst of energy to the forefront of his soulful rock track, â€œOver Your Shoulder.â€ Its funky after-hour groove and howling guitars offer a soul-infused hook that is equal parts polish and punch,Â  a combination that effortlessly describes Jonesâ€™ musical aesthetic.Â  A subtle ode to the heyday of the 1960s and 70s with a modern twist, Jones pays homage to the style that built him as a musician, while keeping it unique with his powerhouse stylistic choices. â€œOver Your Shoulderâ€ will shake and rattle the most stoic of rock fans with its feel good bursts of soulful choruses and rock nâ€™ roll attitude.