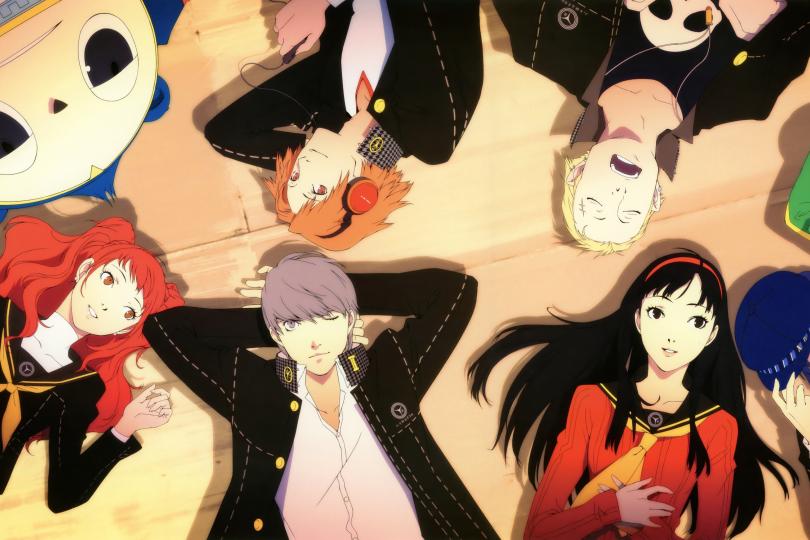 “Persona 4” started life as just another Atlus title, but it soon exploded into a worldwide phenomenon. There have been so many adaptations, figures and even sequels that some people are sick of the color yellow by now. One of these adaptations is the manga created by Shuji Sogabe. This manga is finally available in the US by Udon Entertainment and it should please fans of the game.

As with the video game, a young man (called Soji Seta here) has to spend a year with his uncle in the fictional Japanese town of Inaba. While there, one of his new schoolmates tells him that if he looks into the TV on a rainy night at midnight he will see his true love. What he finds is an entire world inside the TV and somebody is throwing people into this world where they are killed by their own shadows. Now Soji and his pals have to figure out who is throwing people into the TV world and save anyone who is thrown in.

Anyone who has played the game knows that there is so a lot of story that makes turning it into a manga means leaving out or cutting short some scenes. Sogabe does a fine job of putting a video game story into manga form. So far in the first volume, the stuff that was cut out doesn’t really affect the story that much.

Another obstacle is naming an originally unnamed character and giving him a personality where the personality was originally dictated by the player. Seta’s personality so far is decent. Not much has happened to fully see it, but for now, some fans will enjoy it.

One thing that Sogabe did was make Yosuke narrate the chapters that are about him. Some people may find this confusing as the manga started with Soji’s POV. It may seem confusing at first, but it becomes easy as the story goes on. This storytelling device also works well for this story because each character has their own story, and one of the best ways to get to know the characters better is to hear the story from their perspective.

The art shines in some parts and or horrible in others. The places that shine are the characters look just like their video game counterparts. This is due in part to the game having an anime style and anime cutscenes which help a lot. On the other hand, the backgrounds in the real world look either basic or nonexistent. The only backgrounds that look nice are in the TV world. The TV world backgrounds had the most imagination and are the most iconic. Making them look like they did in the game is will make the fans happy. So far this is the case.

The first volume of “Persona 4: The Manga” does an excellent job of putting this beloved game into manga form. It follows the game’s plot well and keeps the look of the game. The real world backgrounds are the only real downsides to this manga, but the TV world’s backgrounds make up for them.