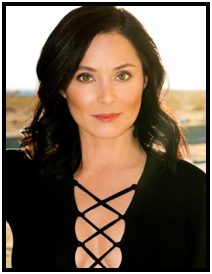 Review Fix chats with actress Jacqueline PiÃ±ol about her role as Dr. Sofia Amaral in the Xbox One Exclusive â€œQuantum Break.â€ Discussing how she got involved in the project, PiÃ±ol explains just how difficult it isÂ to be a voice actor for a next-gen video game. Also talking about her childhood connection to video games and the impact she’d like the game to have on the industry, the TV and Film veteran lets us know exactly how invested she is in her performance.

Blurring the lines between game and television, Quantum Break is a time-travel story where players’ choices not only impact the direction of the game but how episodes of a built-in live action show play out for Jack Joyce (Ashmore), a person with time manipulation powers, freezing time for all. PiÃ±ol’s character is convinced by Paul Serene (Gillen) to aid him using her research on time travel. But something goes wrong and she is founder by Jack in a zero state of time and releases her from it. It is crucial that they solve the time stuttering problems that started to happen after the failed experiment.