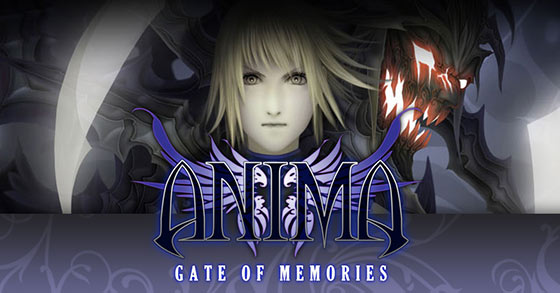 If you took out the battling system of the Shin Megami Tensei series and replaced it with the awesome melee action of Devil May Cry, youâ€™d get something pretty close to â€œAnima: Gate of Memories.â€

However, thanks to a repetitive gameplay system and a story that never fully attaches itself to the audience, it hits somewhere in mediocre territory. More a weekend download than a must-own game, â€œAnima Gate of Memoriesâ€ isnâ€™t going to change the way you imagine Action/RPGs, but the fact that it was developed by a three-man team, is no easy feat and one that makes the Anima Project a developer to keep an eye on.

Based on the â€œAnimaâ€ comic book series, thereâ€™s plenty to like here, as the character models are sexy and the dialogue is something youâ€™d expect out of a late-night anime on Adult Swim. If youâ€™ve never experienced â€œAnimaâ€ before, youâ€™re not at a disadvantage either, as thereâ€™s plenty of context and narration to explain things. While it would have been nice to see moe movement from the characters during their lines (characters just kind of stand in place), thereâ€™s a beefy narrative here that any anime fan can get into.

At the same time, the repetitiveness of the dialogue wears thin. Listening to one of the protagonists end about 75 percent of his sentences with â€œbaby,â€ gets old fast. As well, the voice-acting although at times compelling, isnâ€™t nearly as intriguing as it could have been. With more attention paid to the scene-setting and audio storytelling, â€œAnima Gate of Memoriesâ€ could have ended up an almost completely different game.

While the story is a huge selling point, itâ€™s the gameplay that shines through the most. Able to switch characters, thereâ€™s a heavy focus on combat, but with special maneuvers, magic and a double jump, combining elements of â€œDevil May Cry,â€ â€œShinobiâ€ and modern-day platformers for a wildly spicy gameplay experience. That, however, only lasts a few hours. Feeling lather, rinse, repeat, itâ€™s hard to get into the game later because itâ€™s overly formulaic, â€œkill everything on the screen so you can move onâ€ nature takes away a lot of the fun and makes things incredibly tedious.

Regardless of all of the gameâ€™s faults and lack of depth, the fact that three men were able to create a PlayStation 4 game that can be played through, finished and critiqued is no joke. Visually, â€œAnima Gate of Memoriesâ€ has a distinct style and one that tells a story all its own. With more polish and attention to spicing up the various gameplay elements that make up the entire package, â€œAnima Gate of Memoriesâ€ would be far more enjoyable. As it stands now, itâ€™s the beginning of a talented group of peopleâ€™s introduction to next generation developing and one thatâ€™ll be an important one in a few years when they catch their stride.