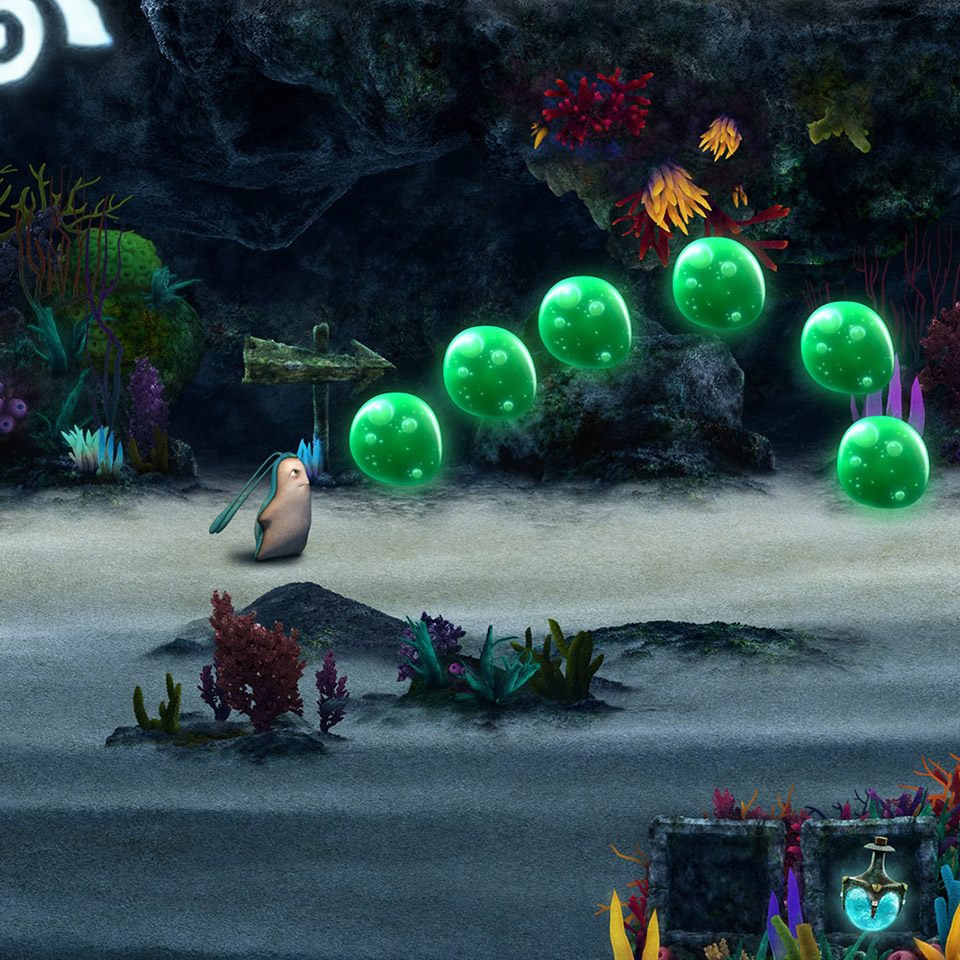 National Video Games Examiner Patrick Hickey Jr. chats with Simon Spreckley, The Creative Director of Thoopid, who discusses the publisherâ€™s new game, â€œSnailboy: Rise of Hermitron.â€ Detailing the gameâ€™s development and love of classic games that inspired it, Sillifant tells us this is a mobile adventure we must embark on.

Simon Spreckley: As with our first title Snailboy we wanted to create a game around a fun user interaction for players, specifically for a mobile device and that hasnâ€™t changed. We were inspired by the fantastic reception the original game had as well as all the user feedback we received and we wanted to take that and improve with our second installment. In this new adventure, weâ€™ve taken Snailboy into the depths of the ocean to defend the underwater kingdom against the advances of the evil hermit crab Hermitron, and his sidekick barnacle Harold.Can you talk about the gameplay elements at work here?

Review Fix: Can you talk about the gameplay elements at work here?

Spreckley: We have focussed on building bigger more immersive worlds with beautiful graphics and fun interactions for players. Weâ€™ve also given Snailboy a whole bunch of new controls. Players can now hop, jump, swim AND weâ€™ve also given Snailboy an underwater Gauge for those really challenging moments. Players can turn it on then super jump, super swim and boost through some tough obstacles. Did I mention the magic potions?

Spreckley: Weâ€™ve been through a fairly exhaustive process. We started the development of Snailboy 2 using Flash and Adobe Air as that was the platform we had built the original Snailboy title in. We then made a strategic decision to switch half way through development to Unity. It wasnâ€™t an easy decision to make as we knew it would delay launch and cost us a whole lot more money but we are pleased we did. Unity is such powerful platform for mobile development and we are really happy with the results. Weâ€™ve spent countless hours refining the build based on testing and user feedback. We really hope our players will enjoy the results and see the time and love weâ€™ve invested.

Review Fix: What games did you play as a kid? How did they influence this one?

Spreckley: Well, our love of games runs deep and we all played so many different games. From console titles like Astroids on Atari to Sonic the Hedgehog on Sega Mega Drive. To Arcades games like Golden Axe and Metal Slug. Even titles on PC like Abeâ€™s Odyssee and classics like Space Quest. These were all big influences in one way or another and why we launched our first title in the Puzzle Platformer space on mobile.

Review Fix: What do you think is the coolest feature in the game?

Spreckley: Wow, thatâ€™s a tough one but for me it has to be one the new abilities weâ€™ve given Snailboy in this underwater adventure. Probably Super Jump. Am I only allowed to name one?

Review Fix: Bottom line, why should someone play this?

Spreckley: Snail boy is a lovable underdog, er slug and the new controls and massive levels are a major improvement to our first release. Weâ€™ve been true to the genre with loads more hidden quest items and a super villain to defeat. Not to mention the gorgeous graphics which we are known for.

Spreckley: Weâ€™d love the mobile gaming community, players and fans to have fun playing this title. If we could get a bit of love back for our efforts that would be a win for us.

Spreckley: We are working on another Mobile Title in the MMO Space, which we also plan to release this year. The Game is called Invasion Day and itâ€™s a highly stylised, humorous RTS/MMO game that pays homage to classic sci-fi culture. Itâ€™s 50â€™s ray guns, UFOâ€™s and towering tripods VS choppers, tanks and giant robots.

Players can pick a side and play as the Martians invading Earth or the Marines defending humanity from total annihilation. Form alliances with friends and battle collectively to achieve galactic domination! Both factions have their own unique economy and upgrade tree that is unlocked as players progress.

Invasion Dayâ€™s full 3D environment allows players to immerse themselves in the game as they zoom, rotate and tilt the camera through the battlefield. Switch to first person perspective and look up at towering tripods invading your base! Take command of ground troops, vehicles and aircraft to strategically eliminate your opponents. Deploy 100â€™s of units on screen and set waypoints for strategic attacks.

Its a massive undertaking for us being an indie games co but we’re pretty Thoopid and we have grand visions for it.