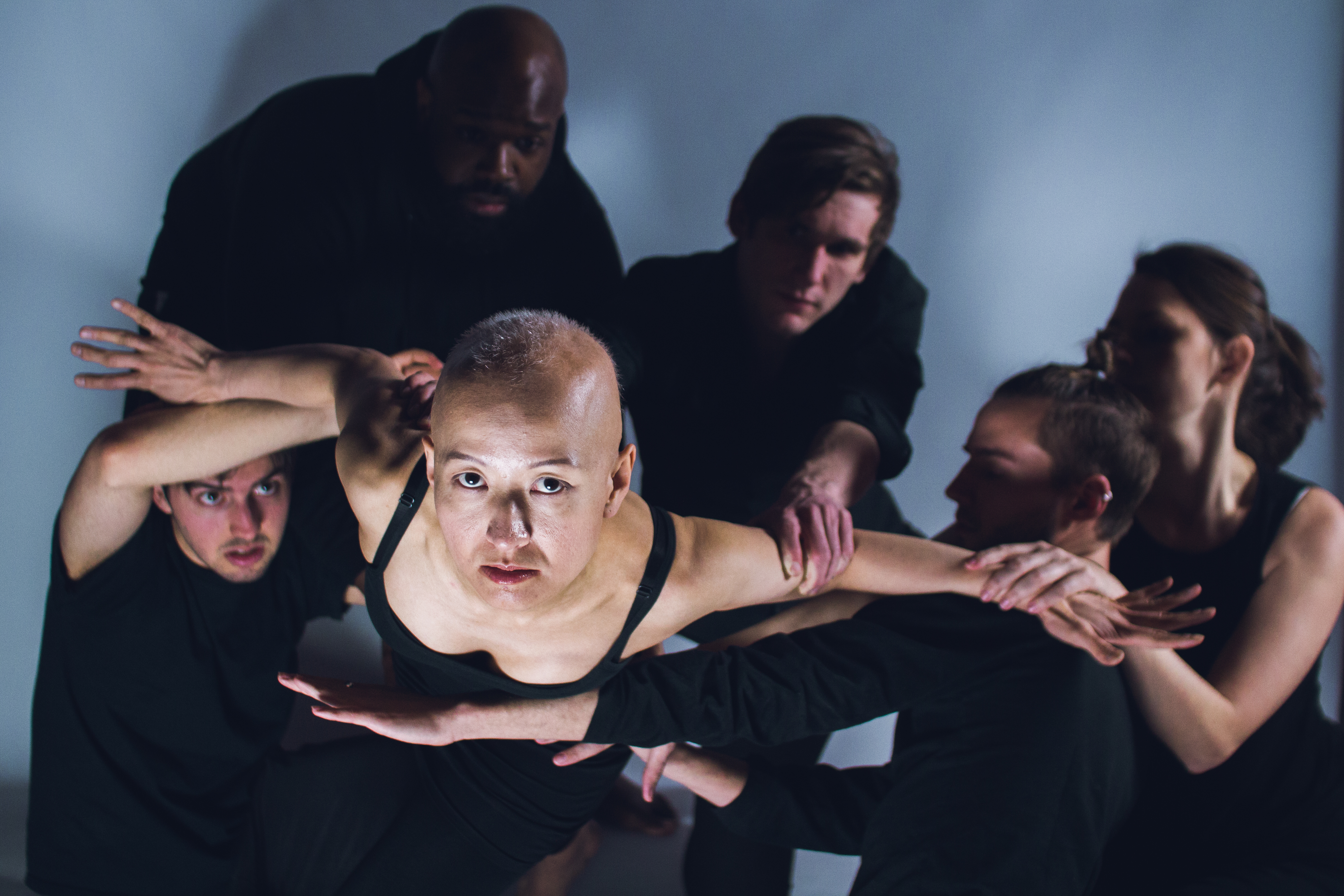 Directing a classical play, one may choose to modernize it or leave it in its original form. Presenting Sophoclesâ€™ â€œAntigoneâ€ on the stage of the Paradise Factory Theatre as a part of Planet Connection Theatre Festivity, Melody Erfani does the latter, preserving all of the elements of this ancient tragedy, including the chorus. Accompanied by a combination of computer-generated and live music by â€œLady and the Lion,â€ the chorus recites its lines in unison and in constant movement. Although it does get hard to understand the words when everyone talks at the same time, the choreography is impressive. Actors climb on each otherâ€™s shoulders, forming a throne for the ruler to sit on, and other, more complicated figures. In combination with powerful feelings, accurately reflected on the actorsâ€™ faces, Erfaniâ€™s â€œAntigoneâ€ is a strong revival of an old tragedy that cannot leave the audience indifferent.

Since â€œAntigoneâ€ is the last of Sophoclesâ€™ three Theban plays (the other two, actually written after â€œAntigone,â€ are â€œOedipus the Kingâ€ and â€œOedipus at Colonusâ€), the narrative begins with the story of Oedipus and the curse he brought upon himself and his family. This brief introduction provides background for viewers who may be unfamiliar with the trilogy. We also see Antigone dead in Ismeneâ€™s arms, which would have been a spoiler in a lesser-known play. Aside from this, Erfani follows Sophoclesâ€™ text to the letter.

Working with such a familiar play, it is crucial to make it memorable, which Erfani manages to do by means of choreography (by Nick Neagle) and having a great cast. While all of the actors showcase their talent, Jae Woo as Tiresias steals the show. Portraying a blind prophet, he looks at the characters without seeing them and stares into the distance, making us believe that he knows something we do not. His whole body shakes in anger when Creon (Mike Maloney) accuses him of corruption.

Maloney also plays his character well. He is proud and arrogant in the beginning of the play and breaks into tears, which are raining down his cheeks, in the end, when he loses his entire family in one day. He only makes the audience yawn once, when he explains himself to the people of Thebes in a long, exhausting speech.

Discussing acting, we must note that many of the actors (except Maloney and Adriana Bohmier as Antigone) play their characters and also participate in the chorus. While all of the chorus members wear white, characters appear in colors. Actors switch from one role to another by quickly throwing a piece of clothing over the white gown behind the scenes.

Symbolically, Creon wears red. After all, a lot of blood is spilled because of his actions and desire to establish his power and authority.

Maintaining seriousness of the playâ€™s subject, producers of â€œAntigoneâ€ also find a way to bring some humor into this gloomy topic. Along with a brief synopsis of the back story (from the first two plays in the trilogy), the showâ€™s program contains sketches of main characters and funny quotes from each of them. For instance, Tiresiasâ€™ cartoon speech is, â€œI hate to say I told you so, but itâ€™s kind of my job.â€ As you see, these humorous sayings do not come from the play, but they do reflect each characterâ€™s thoughts quite accurately.

Thus, working with a famous drama, Erfani successfully makes it her own, which reminds us how much in a play depends on the directorâ€™s choices. The incorporation of the chorus into the play and making it work is no easy task, and it could have been overwhelming without impressive choreography. Also, the pompous words of Sophocles are presented in a way that is easy for the audience to understand and process. Due to all of that, seeing â€œAntigoneâ€ on the stage of the Paradise Factory proves that Greek tragedy is not a thing of the past. If staged well, it can still kindle interest in a modern audience.