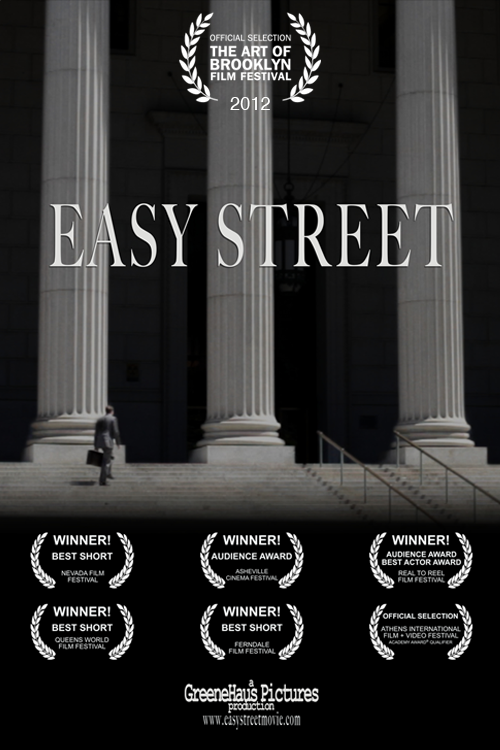 Review Fix chats with director/writer/editor Russell Greene who discusses his film â€œEasy Street,â€ set for at a run at this yearâ€™s summer screening session of the Queens World Film Festival.

Russell Greene: It was a reaction to seeing so many politicians I admired have spectacular downfallsâ€”Spitzer, Edwards, Weiner, etc. I envisioned a scenario where you could be a fly on the wall at a crucial moral moment early in a career like that. Also, to explore an intense event in our lives that I hadnâ€™t seen on filmâ€”an interview for The Big Job.

Greene: Securing realistic locations and props on a limited budget.

Greene: As a snapshot of the political environment in post 9/11 government and politicsâ€”and for the silly jokes.

Greene: Of the 40+ festivals in which the film screened, QWFF was right at the top of the list. Everyone was so accommodating and supportiveâ€”and the amazing thing is that 4 years later they still support me and the film. That is truly unique.

Greene: Currently, a film I edited called The Witness is in theaters (including in Kew Gardens) about an iconic murder in Queens. Iâ€™m editing a film called Tribal Justice about Native American tribal judicial systems directed by Anne Makepeace. Then I will be starting an edit on a doc about the Blue Note jazz label directed by Sophie Huber. I hope to shoot another narrative short in 2017.