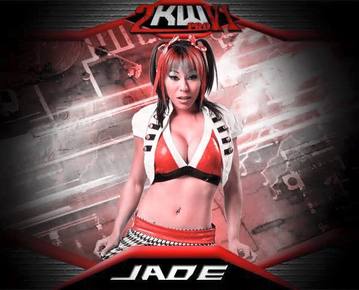 Review Fix sits down with Former TNA Knockouts Champion Jade to discuss her current goals, what wrestling for a big promotion and Indie shows like 2KW Pro means to her as well as where her eyes may be set next in her battle to grab Wrestling Gold.

Jade, is a 27- year old California Native, but don’t let her age fool you. She has tasted Gold in Shimmer and TNA, as a former Knockouts Champion. She has also wrestled for such promotions as ROH, CZW, Shimmer, Shine and Full Impact Pro.

Check out this weekâ€™s 205 Live Power Rankings to see who's ready for this week's Great Balls of Fire event....