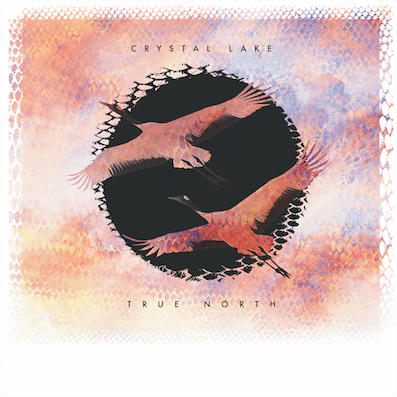 Pre-OrderÂ True North:
Merch Bundles:Â http://smarturl.it/9eht4z
iTunes (North America):Â http://smarturl.it/42erb7
Google Play (North America):Â http://smarturl.it/dc36vd
Fans can watch a teaser video for the album here:Â https://youtu.be/6aAQxcbo5Xo
Before we started writing this album,Â we all knew this record would define who we are,Â where we stand and where we are heading.Â No matter how things around us change,Â we are who we are and we’ve always headed the same direction and it never changes. As I have written in the lyrics of “True North,”Â this record shows how we live and how we die.â€Â – Ryo Kinoshita (vocals)
For nearly a decade and half, Crystal Lake has been cranking out some of Japanâ€™s most explosive heavy rock. Blending elements of metalcore, hardcore and hard rock, the band has created their most ambitious and dynamic album to date withÂ True North. Their fourth record finds them working again with Artery Recordings in North America as well as new management with Good Charlotte vocalist Joel Maddenâ€™s companyÂ MDDN.
“We were really impressed when we heard True North,Â and everyone at MDDN is excited and proud to be a part of the Crystal Lake and their story.”Â â€“ Joel Madden (Manager)
“I flew 5000 miles just to see this band play, because they are THAT good” – Shan Dan (Artery Recordings President)
Already well known in their home country of Japan, global fandom continues to build for the band as they look to break mainstream ground in North America. Over the last several years the band has toured with the likes of The Ghost Inside, Crossfaith, The Devil Wears Prada, Miss May I, We Came As Romans among others and a monumental performance at Knotfest Japan in 2014. Theyâ€™ve also achieved remarkable success with 3 fan-coveted albums, several EPs, singles and covers of Limp Bizkitâ€™s â€œRollinâ€™â€ and The Ghost Insideâ€™s â€œWide Eyed.â€ Fast forward to 2016 and the stage is set for a worldwide takeover with the impending release ofÂ True North.
Follow the band atÂ https://www.facebook.com/crystallake777Â for additional updates.
For More Information:
http://crystallake.jp/
https://www.instagram.com/crystallake777/