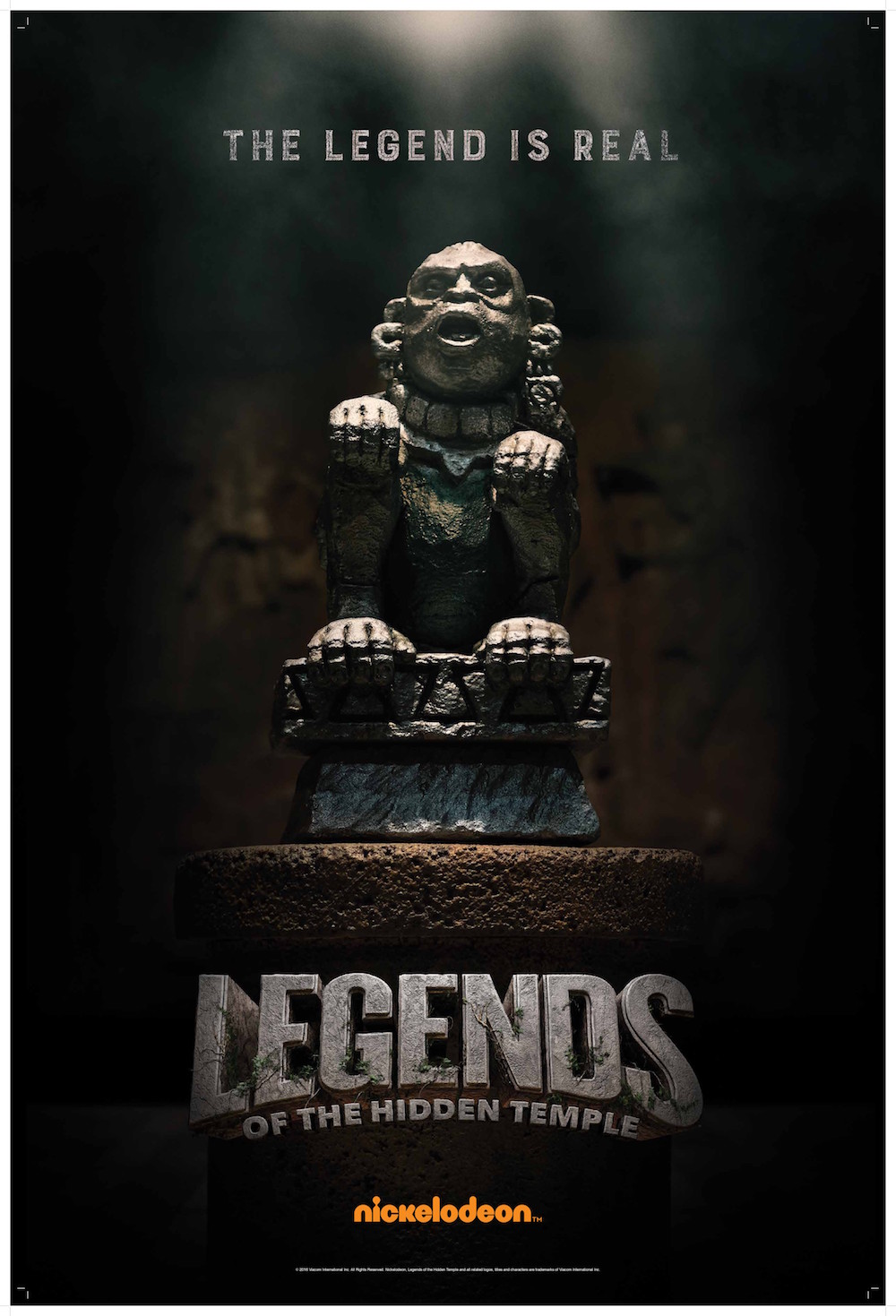 In the ’80s and ’90s, Nickelodeon had a ton of fun game shows that are beloved by thirty-somethings to this very day. Of them was â€œLegends of the Hidden Templeâ€ and fans mourned its cancellation. In 2016, Nickelodeon announced that they were working on a TV movie based on the show and fans went berserk. With its airing, itâ€™s everything fans wanted but it also alienates non-fans.

Three siblings go to the â€œLegends of the Hidden Templeâ€ theme park and find themselves in the actual hidden temple. Here, King Olmec tells them that they must find two pieces of the â€œPendant of Lifeâ€ and bring it back to him to revive his kingdom.

This movie is nothing more than shameless pandering to â€œLegends of the Hidden Templeâ€ fans. Kirk Fog is the tour guide, there are literal interpretations of team names (a green monkey named Mikey, the escape a red jaguar and survive a river filled with blue barracudas) and rooms in the temple are actual rooms from the show. One of the kids, Noah, even wears a Green Monkeys shirt. On top of that, once they put the pieces together, they have here minutes to get back to Olmec just like in the show. Thereâ€™s also a not so subtle nod to how nobody can figure out how to put together the silver monkey.

One thing that can be said, Nickelodeon sure knew its target audience and they succeeded in pandering to it. If you were a fan of this show growing up, youâ€™ll love seeing what a real-life interpretation of the temple would look like and what temple guards look and act like in real life.

For non-fans, itâ€™s junk food you have once and forget about it. The plot is your basic kids get into an adventure story Nickelodeon has been writing for years. It has all of the usual suspects: bad, irresponsible parents, the nerdy kid main character who does everything, the dumb brother and the annoying big sister. Add in laughable villains and the circle is complete.

The acting is a mixed back. Kirk Fog as himself and Dee Bradley Baker as the voice of Olmec are a delight, especially for fans. Jet Jurgensmeyer (Dudley) and Colin Critchley (Noah) do a fine job in their roles. Isabela Moner (Sadie) does a decent job even if her character starts off super annoying (she gets redeemed later.)

â€œLegends of the Hidden Temple Movieâ€ is a blast for fans for non-fans may not enjoy it. All the references to the show are great to see and a lot of fun and Fog and Baker make the show, but the plot is basic and the acting is OK at best.