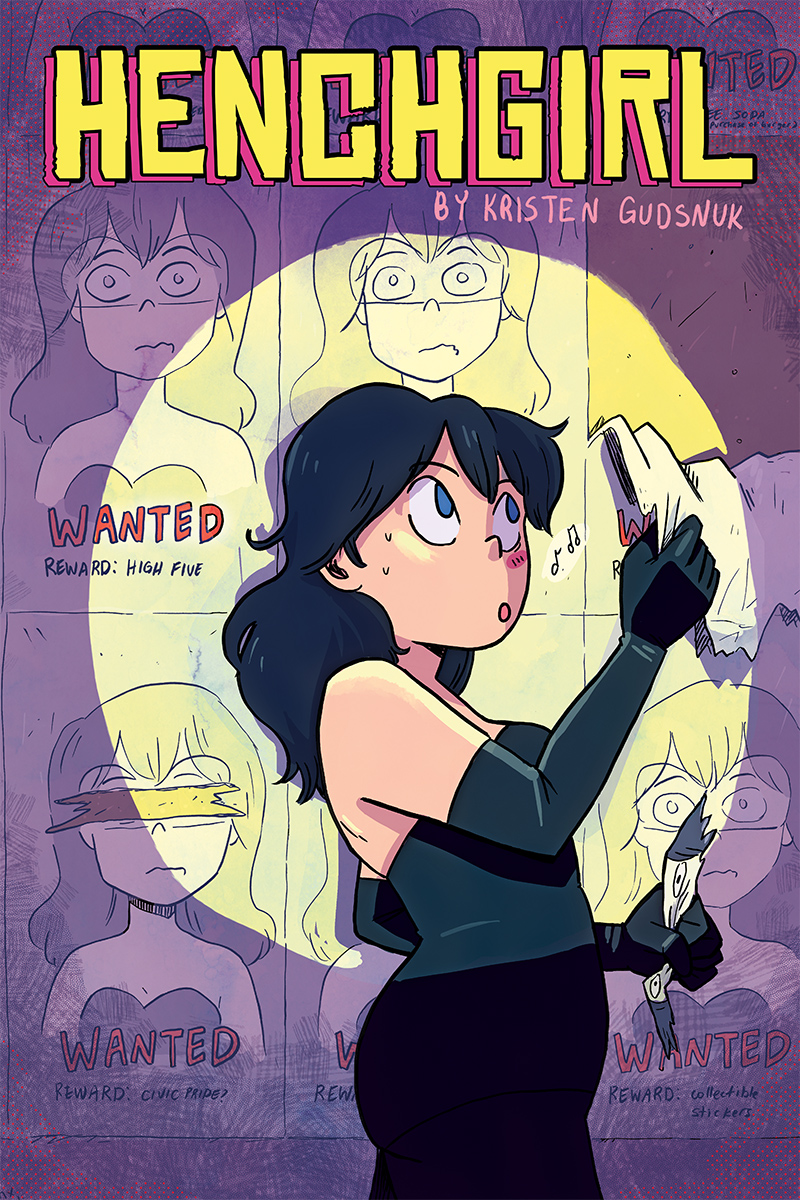 A villain is nothing without his henchmen. These are the guys that do all the dirty work, get beat up by the hero and get paid peanuts. There really is no reason why any of these guys should get their own stories. Kristen Gudsnuk had other ideas and came up with just that with â€œHenchgirl,â€ a story about a lackey that has a lot of great things going for it.

Mary Posa is the typical henchgirl in the Butterfly Gang. She, however, wants to change her life around by finding a real job where she can pay taxes. Her life takes an insane turn when she meets Fred, a bank teller/caterer/superhero and her superhero parents come back into her life. Not to mention her life goes from bad to worse after these events.

The story is quite entertaining and Mary is a great character. We learn a lot about her in that sheâ€™s just a normal person who just wants to make money (even when her superhero parents come back into the picture.) The thing that makes her believable is that, even with all the superhero stuff going on, she feels like a real person.

In fact, every character has a ton of characterization. Yes, they do fall into certain tropes (the billionaire playboy whoâ€™s a superhero and even a magical girl) but the writing on these characters is brilliant. They have lives, likes, dislikes and real world problems.

There is also some clever comedy to be had here. The character with the tragic backstory starts telling it and then gets cut off, the magical girlâ€™s transformation takes so long the bad guys almost escape and the billionaire being almost suicidal. These are things common in comics and Gudsnuk spoofs them well.

While the story is excellent, the art is decent. The art is of a cartoony style which does fit the style, but it does seem a little lacking. While it does its job of conveying character emotion, the character designs and backgrounds do seem to not pop out that much. The characters do fare a lot better, but the backgrounds just blend into each other.

â€œHenchgirlâ€ is a brilliant take on what would happen if the story focused on a henchman. The story is great with likable characters and art that may not be on par with the story, but it does its job.