In an era where indie gam 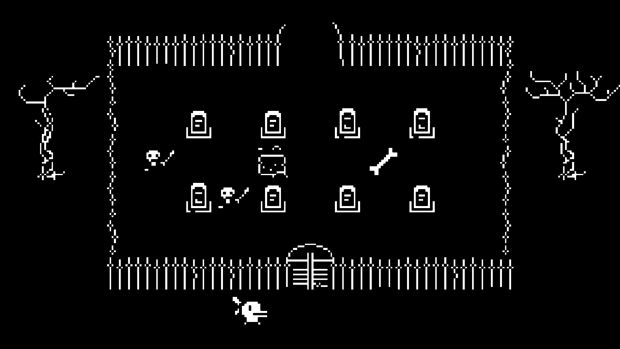 es with retro-style graphics, and â€œpunishing yet rewardingâ€ gameplay are a dime a dozen, Minit by Devolver Digital tries very hard to stand out from the rest of pack. Unfortunately, overly frustrating puzzle design with little reward holds it back.

The namesake of the game, and Minitâ€™s main mechanic is a death sentence in the form of a sixty-second timer. At first, you will have an extreme sense of urgency to complete the most minuscule of tasks. However, after an hour or so it becomes evident that death is merely a minor annoyance, barely hindering progression. Thatâ€™s not to say there is no challenge in the game, though. The real difficulty comes from Minitâ€™s no hand-holding policy. The game drops you into its black and white world and leaves you to find your way. Minit doesnâ€™t truly start until you come across its main plot device and first item; a cursed sword that kills you after one â€œminit.” You then set out on your journey to break the curse and end your sixty-second cycle of death and reincarnation. 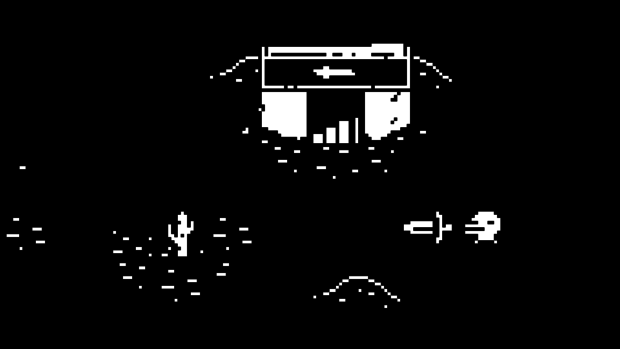 Devolver Digital did a wonderful job creating a world that can only be described as eccentric, yet intriguing. Much like the original Legend of Zelda for the NES, every corner of the map is littered with secrets for you to uncover on your journey, as well as quirky NPCs to meet.

While bangingÂ your head against the wall trying to figure out how to make progress, or trying to figure out a puzzle, you will be treated to a wonderful soundtrack that evokes a sense of perseverance and adventure, particularly in the gameâ€™s desert area. However, at times the soundtrack does little to mask the frustration youâ€™ll feel trying to progress through the game’s story. This is where Minit struggles the most. Finding a balance between difficulty and reward is a high wire act that, when done correctly, can lead to some of the most fulfilling moments in gaming. Unfortunately, Minit struggles to do so. Progression is often halted by a missing item, or a head-scratching puzzle, that upon completion leaves more of a, â€œthank god thatâ€™s over.â€ feeling; rather than a â€œyes I finally did it!â€ feeling.

Toward the end of the game, there is a puzzle that boils down to little more than â€œsearch the entire map for NPCs so you can get an important item.â€ This particular puzzle felt like it served little purpose other than to pad the number of hours it took to complete the game. One feature that the game is severely lacking is a map that points out key landmarks throughout the world, as well as the player characterâ€™s location. A feature like this would have greatly cut down on much of the frustration of running around looking for NPCs or a little too well-hidden items. 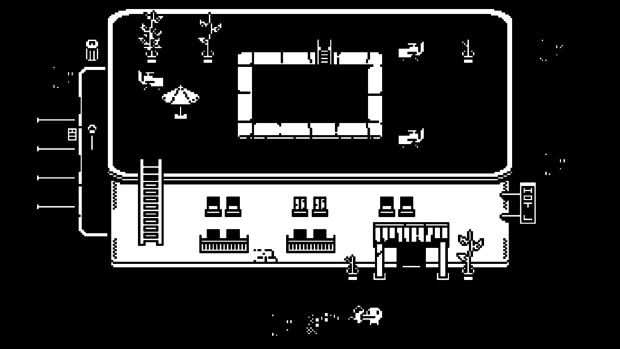 One thing Minit does particularly well is side quests. Characters you encounter will occasionally drop hints about locations of hidden treasures, or subtle details in the environment will give small clues about a puzzle that rewards you with a spare heart, or a coin that, when enough are collected, allow you to purchase shoes that let you run faster. If only puzzles that allow you to progress through the main story were treated as well.

Overall, Minit is a solid experience. Although not genre-defining, it provides an enjoyable enough time to warrant at least one playthrough. Its saving graces are Minitâ€™s wonderful sound design, and a large number of quirky NPCs to interact with. Unfortunately, its head-scratching puzzle design and desperate need for a map, hold it back from joining the ranks of beloved indie game darlings such as Undertale, and The Binding of Isaac. While highly frustrating at times, the five or so hours youâ€™ll spend trying to break the curse of the one â€œminitâ€ lifespan, is a pleasant enough experience to recommend to fans of games with retro style graphics, and â€œdifficult yet rewarding gameplayâ€.

Fantastic Musical Score: A fantastic score composed by Jukio Kallio evokes a sense of adventure to help you persevere through to the games end.

The Non-Player Characters: Quirky characters you meet throughout your journey are one of the more memorable parts of your experience.

The Sidequests: Well thought out puzzles with subtle hints throughout the overworld make side-questing a pleasure.

Poor Balance Between Challenge and Reward: Minit has a tough time providing a sense of accomplishment and satisfaction for making progress along the main story.

Lack of a Map: Minit sticks to itâ€™s â€œno hand-holdingâ€ policy a little too much, to the point of frustration. The addition of a map would have alleviated most of the time spent searching the gameâ€™s map for random items and NPCâ€™s.

Devolver Digital made a decent game with wonderful music, and fun, quirky characters. However, frustrating design choices hold Minit back from reaching the same sense of wonder and accomplishment as Indie hits such as Toby Foxâ€™s â€œUndertale,” and Edmund McMillenâ€™s â€œThe Binding of Isaac.: