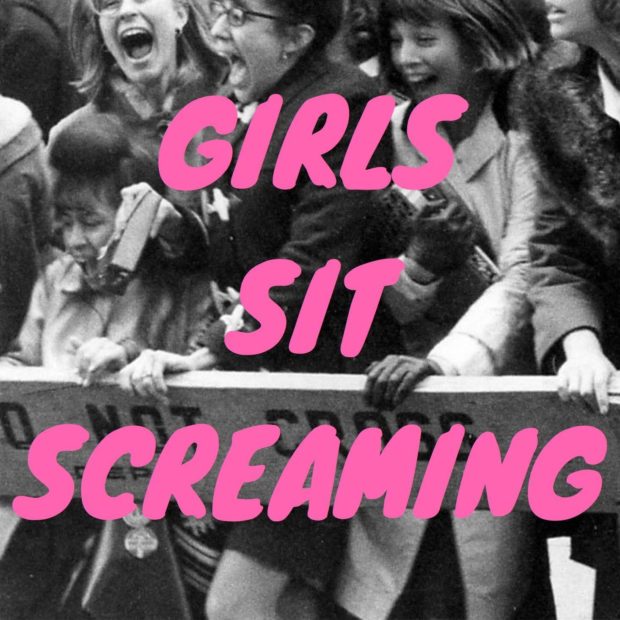 Review Fix chats with singer/songwriter Ivy Ross Ricci who discusses her origin in music, goals and how being a music teacher helps her when sheâ€™s on stage.

Based in Port Angeles, Washington and Portland, Oregon,Â IvyÂ RossÂ RicciÂ is nationally regarded as an unassuming activist, a grounded nomad, and a country rock philosopher who has spent the last 20 years championing on behalf of the freedom and creative expression of girls’ and women’s voices nationwide. â€œGirls Sit Screaming,” the song, and the video, are a culmination of two decades of groundwork as a songwriter and an educator. She explains, ‘Girls Sit Screaming’ is an honest song of defiance and freedom that exposes the many double standards that girls and women experience in the classroom, in the workplace, and in our society in general. It is an anthem for the cultural shift we are experiencing in which women’s voices are beginning to be heard, believed, and valued. Let’s creatively move towards a safer world for girls and women to express ourselves, to do our work, to walk without fear, in freedom, creativity and love.”

Review Fix: How did you get involved in music?

Ivy Ross Ricci: I was born in a moving ambulance as the screaming siren initiated me into the outside world of sound and my Grandmotherâ€™s voice shouted out â€œDonâ€™t hold that baby back!â€Â  Later that same day, in the lonesome silence of a hospitalâ€™s infant incubator my heart beat taught me about rhythm.

I started writing lyrics at the age of 9 and studied classical piano, flute and voice.Â  At 19 I picked up a banjo, at 20 a guitar and some drum sticks (not the poultry kind), and I started performing solo shows of original material around the country at 23.Â  My first true home base in a community of artists was in San Francisco where I performed with Shana Falana as the The Wonder Sisters and with the Bulgarian group called Handmaiden America.

Ricci: I get a lot of song seeds in dreams.Â  I wake up with a tune and sometimes lyrics and record them onto a tape machine or a phone, and then when I have time, I revisit them and see if a song has sprouted.Â  I write quite a bit and as time passes, I go back into those writings and sift through for lyrics, concepts, and feelings that I would like to explore further.Â  I meditate each morning, and sometimes insights arise during those moments as well that lead me to create new material.Â  And I get tons of ideas when I am teaching music!

Review Fix: What inspires you?

Review Fix: How would you describe your sound to someone who has never heard you?

Ricci: â€œGirls Sit Screamingâ€ was inspired by my experience of feeling underestimated as a musician by many of the male musicians around me because of my gender over my years as a recording and performing artist.Â  As a music teacher, I want to make sure that the next generation of female musicians feels welcomed and respected in the field.Â  So I sat down one day and found myself writing a song filled with the tenderness, questions, sorrow, and frustration that resulted from the lie that our culture propagates: that girls and women are objects, that our form is more important than our content.Â  The song, most importantly, came into being as a result of a deep resolve to make a change and contribute to a more welcoming and safe environment for girls in particular, but for all youth in the future to self-actualize free of the constraints of cultural expectations around gender.

Review Fix: What’s the standout track away from your latest album, Itâ€™s Hard To Know, and why?

Ricci: The last song on the album, â€œOh My Graceâ€ is the standout.Â  It conveys the ultimate message of this collection of songs and offers the final twist ~ that there is no death, there is only transformation.

Review Fix: How was it written?

Ricci: I co-wrote â€œOh My Graceâ€ with international humanitarian aid worker Kayla Mueller who was occupying the space between life and death at the time, (the great Bardo that I sing about in the title track, â€œItâ€™s Hard to Knowâ€.)

I was studio-sitting for one of my yoga teachers in San Marcos at the time.Â  I spent many a river-soaked hundred degree Texan dusk with lyrics floating through my mind from 2 letters that Kayla had written to her family.Â Â  The letters had been smuggled out by cellmates while she was being held in a prison in Syria by I.S.I.S.

In the first letter, Kayla included lyrics to a song she was working on for her little niece, whom she called Grace: “Oh my Grace. I close my eyes, you bring me home.”

In another letter that Kayla wrote while in prison, she wrote these lyrics: “The part of me that pains the most also gets me out of bed, w/out your hope there would be nothing leftâ€¦”.

Having had a tight-knit relationship with Kayla who was like a younger sister to me, and one of the original Keepers of Wonder, I felt moved to finish the song that Kayla had begun on behalf of Grace, who will surely one day ask, “Where is Kayla?”

Kayla was a student of Thich Nhat Hanh, so I incorporated some of his teachings about birth, death, and transformation in hopes that Grace might be introduced to the philosophy that was so dear to her Aunt Kayla.

Here is an example of a song coming through despite perceived limitations of time and space. Here is what happens when a disciple of the church of song makes her mind open to whispers from other dimensions. The message – there is no death.

The whole album is dedicated to Kayla.Â  In her words, may “the part of us that pains the most also get us out of bed”. May our heartache at the injustice of what Kayla experienced be a driving force for our work on behalf of the healing of all beings.

Ricci: I have spent decades teaching in after school programs with the aim to offer some elements of education that have been excluded from the regular school day in many cases.Â  I received a degree in Education with a minor in Creative Writing from the New School in Manhattan, where I absorbed the teachings of thinkers like Paolo Freire, bell hooks, Myles Horton, and further radical education methodologies and student-centered learning techniques.

After years of teaching after-school art, music, literacy, girlsâ€™ empowerment, yoga, and anti-bullying programs at well-established after-school organizations like the Boysâ€™ and Girlsâ€™ Club and the YMCA, I started organizing youth to invent independent after-school programs that would be custom tailored to their needs as they expressed them.Â  This is how The Keepers of Wonder was born.

As a result of teaching body image and songwriting workshops at the WEB (Womenâ€™s Empowerment Breakthrough) Conference in Prescott, Arizona in Yavapai County, I came to understand that it was a community struggling with high numbers of unwanted teen pregnancy and drug abuse.Â  So I organized a town meeting for girls ages 10-17.Â  Based on the ideas and needs of the girls who showed up, we created The Keepers of Wonder.Â  KOW met weekly after school and collaboratively designed site-specific performances and installations around Prescott with the idea of sparking critical thinking and little glimmers of magic, hope, and wonder.

Review Fix: Did you march in support of March For Our Lives? What are your thoughts about what transpired and where we are as a nation?

Ricci: Unfortunately, that was a travel day for me, so I was unable to March.Â  I did have the opportunity to watch and read many of the speeches that were given that day by the amazingly articulate, brilliant and driven youth such as Naomi Wadler, Edna Chavez, and the powerful silence of Emma Gonzalez in which she expressed so much.Â  My way of participating is an ongoing one, in which I talk with my students about their thoughts, feelings about gun violence and school safety and their visions for their future, and build programs that support what they have expressed.

I feel sorrow and anger about where the education system is in this country on many levels.Â  Students should have access to a safe learning environment in which their inner and outer landscapes are respected.

At the same time, as a result of having such strong, positive teacher-student relationships with so many youth, I am more hopeful than ever about what is possible because of their strength, insight, creativity and courage.Â  I learn so much from my students every day, and I believe they are capable of making this world a better place with the support of caring adults.

Review Fix: You have some shows scheduled for the Northwest. Will you be touring in other parts of the U.S. this year as well?

Ricci: Yes!Â  I am planning a national middle school and high school tour for this fall.Â  In the daytime, I will screen the video and host discussions, and at night I will play gigs.

Review Fix: How are your live shows different from your studio work?

Ricci: In the studio I create multi-track recordings,Â  whereas live, it is often just me, and I play 2 instruments at a time at most.Â  During live shows, I really focus on connecting with the audience, and involving them in the story that I am telling with my songs, and inviting them to bring their experiences into the room as well, and in that way, community develops.

Review Fix: Are there any non-profits/charities you support?

Ricci: Youth Music ProjectÂ https://www.youthmusicproject.org, my workplace, is a non-profit where I devote my time and resources in a number of ways.Â Â  At YMP, any student who is enrolled in the public schoolsâ€™ free/reduced lunch program gets free lessons. Music is so important for everyone, and the fact that Youth Music Project opens its doors to youth who would otherwise not have access to it is huge for me, and one of the reasons I travel from Port Angeles to Portland each week to work there.

Ricci: My biggest goal for 2018 is to take the â€œGirls Sit Screamingâ€ music video to middle schools and high schools around the country.Â  Screening the video will serve as a catalyst for conversations about girlsâ€™ empowerment, gender equity, de-constructing and re-imagining gender, questioning capitalism, and creating community-specific after school programs.

Ricci: For me – A new collection of songs and international touring!Â  The big-picture â€œwhatâ€™s nextâ€ is for there to be more women in music â€” more girls feeling comfortable being in bands, more girls in music classrooms as they become young adults, more representation of girls and women in
music.