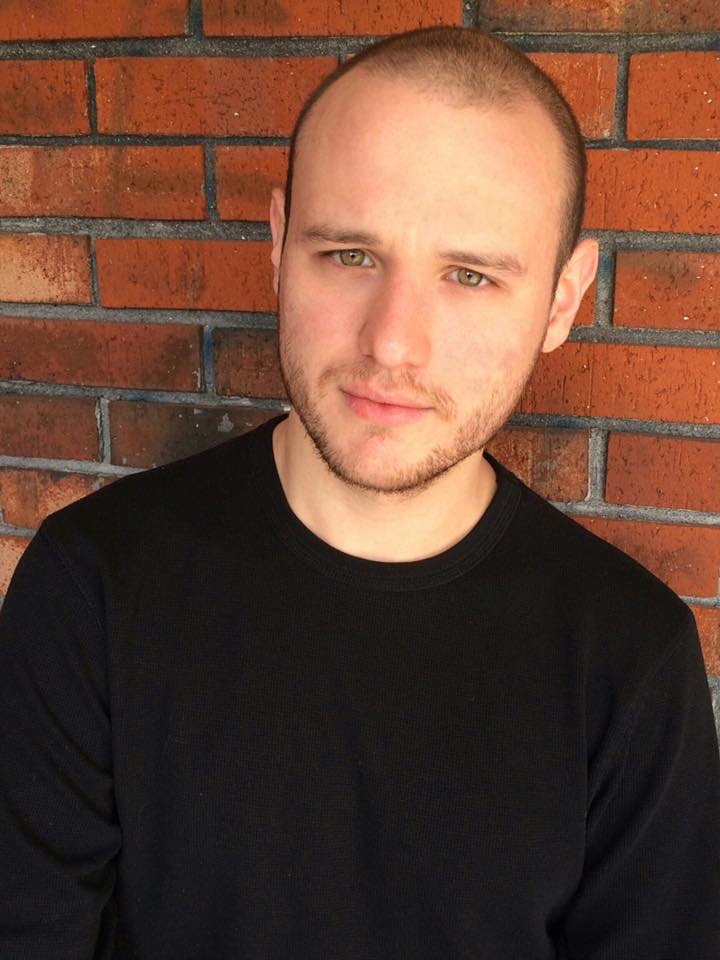 Anthony J. Piccione: I started writing the first draft of â€œA Therapy Session with Myselfâ€ in 2015, back when I was still in college. Iâ€™ve always wanted to tell a story that focuses in-depth on living with things like social anxiety, depression, and Aspergerâ€™s syndrome, and I thought by that point in my life, Iâ€™d been through enough to tell a persuasive story that gives people an idea of what that life experience might be like. I say itâ€™s a semi-autobiographical play, because for starters, I donâ€™t use anyoneâ€™s real name here, and some of the specific characters are based on more than one person in real-life. But as anyone who knows me well enough will know when they see it, it comes freakishly close to the real thing.

At the core of the story is Alex Grayson â€“ who is basically a depiction of me in this alternate version of my reality â€“ speaking to a human reflection of the second half of his inner consciousness, with the rest of the story being told through flashbacks. I wanted it to feel more like a stream of consciousness, rather than a traditional story with a beginning, middle, and end, because I feel like thatâ€™s how it usually is whenever you try and have a serious in-person conversation with me, and thatâ€™s likely what people will see when they go to the theater.

More importantly, though, when people come see the show, theyâ€™ll hopefully see an idea of what it might be like to be a young person living with the types of things Iâ€™ve had to go through, and itâ€™ll spark a conversation about what people are and arenâ€™t getting wrong about those with anxiety or autism. Weâ€™ll see.

Review Fix: What was your creative process for this project like? Â

Piccione: The original idea for this play actually comes from my 2nd short play Iâ€™ve ever written at all in 2011 â€“ the poorly titled â€œReflections of a Unique Writerâ€ (donâ€™t laugh too hard!) â€“ before I ever even took playwriting seriously as more than just a casual hobby. In that play, the climactic scene involves a version of me talking to a self-reflection of myself and debating how to overcome my inner personal struggles. When I showed that script to people, the most positive feedback I got was on that scene, so when I knew I wanted to write an autobiographical play dealing with mental illness and Aspergerâ€™s, I thought why not try taking that scene, expanding on the conversation, and inserting several flashbacks in-between based on various memories of my life, which was already more or less what the other scenes in that original short play were.

I put as much as I could â€“ for mainly cathartic reasons, at first â€“ into the 1st draft, which was 77 scenes and 99 pages long, not counting the prologue and epilogue. For the 2nd or 3rd draft that was the result of some radical rewrites for storytelling purposes, which ended up being what I presented at the Dramatists Guild Foundation as a staged reading in 2017, it was actually cut down to about 40-something scenes, with other scenes being rearranged, but it was over 120 pages long because of some dialogue changes I made. Then, though, the feedback I got from the reading helped me cut it down more to the length it is now.

But itâ€™s still very much the exact same story Iâ€™ve set out to tell from the beginning, will all the rawness and honesty that I think shined through when I first showed family members the earlier drafts. Iâ€™ll be honest, though, and say it was a very long, complicated, and emotional process to get there. But I think itâ€™s been worth it. In my humble opinion, I think itâ€™s probably one of my best plays, if not my all-time best, to date.

If weâ€™re talking about the play itself, then the fact that itâ€™s my first full-length play â€“ as opposed to short or one-act plays â€“ to premiere in New York is a big deal. But itâ€™s even more special to me, obviously, because of how personal the substance of the story is. I always get both excited and nervous during the lead-up to a show, but I feel like both feelings have been intensified by the nature of this particular play.

Itâ€™s also probably my most in-depth story to be brought to life on stage, compared to my shorter work. For example, â€œWhat I Left Behindâ€, my play at last yearâ€™s Winterfest which has since been published by JAC Publishing and Promotions, dealt with similar themes of mental illness. But at its core, it was purely a melodrama, and part of the reason was because I wanted to make it both as abstract and as relatable at the same time, while still going deep into the issues it dealt with. This play, though, is definitely telling a much more specific story, with all the nuances and emotionally complex characters that come with it, and while there are still some melodramatic elements, it also blends various other styles â€“ including traditional realism, as well as more abstract and expressionist elements â€“ for the purpose of depicting the story on stage.

Then thereâ€™s the production process! Iâ€™m thrilled to be working with so many talented artists on this show, some of whom Iâ€™m reuniting with after past experiences.

The showâ€™s director, Holly Payne-Strange, is someone who I first got to know while working on my childrenâ€™s play â€œAn Energy Taleâ€ at the Midtown International Theatre Festival. Sheâ€™s easily one of the most skilled and collaborative directors Iâ€™ve worked with as a playwright and producer, and is also someone who really seems to understand what it is Iâ€™m trying to do with this play, and Iâ€™m really excited to see some of the ideas she has for the production reach fruition on opening night. We also have a wonderful assistant director in Andres Gallardo Bustillo, who I first got to know as an actor in â€œWhat I Left Behindâ€, and heâ€™s contributed a lot, in terms of staging and choreography. Among the cast, one of our three leads, Shane Zimmerman, was featured in my movement-based play â€œ4 $tagesâ€ at the Planet Connections Theatre Festivity this past summer. Emma Romeo, who plays the role of Kelly, was also in â€œWhat I Left Behindâ€. Nathan Cusson, who plays Tim and various other roles, is a fellow alum at Eastern Connecticut State University. Finally, of course, thereâ€™s lots of new faces whom Iâ€™ve been grateful to get to know through this process, and to watch them bring my characters to life!

Oh, and if all goes as planned, this will likely be my most visually sophisticated show, in terms of lighting and projections and so forth. Iâ€™m not giving any more away than that, so youâ€™ll have to come and see the show for yourself, if you want to know what I mean!

Piccione: I donâ€™t think Iâ€™ve ever done as much self-reflection in my life, as Iâ€™ve done while writing â€“ and for that matter, producing â€“ this play. While writing the first draft of the play, it was more about taking the various fragments of memory that were the playâ€™s inspiration and putting it to paper, while the second draft involved me diving deeper and thinking harder about what really happened and what it all meant for the bigger picture of my life, which wasnâ€™t emotionally easy for me, to say the least.

Thereâ€™s stuff in there about me being bullied in high school and wanting to kill myself, being reliant on booze in social settings, nasty falling outs with my best friends, and painful memories of someone I was romantically involved with. Those arenâ€™t all soft topics for any story, but theyâ€™re especially tough as the person whoâ€™s dealt with them. Iâ€™ve had to be as objective about it as possible, for the sake of telling a somewhat coherent story, but I canâ€™t not be honest about how I really felt and what I really think about it.

Even now, the production process of this play, and watching it come to life, has been causing me to do a lot of reflection on my past life. Iâ€™ve been documenting some of that on my blog series on The Mighty, which I call â€œMini Therapy Sessions with Myself.â€ If anyone wants, by the way, they can go to my profile on The Mighty and read them at www.themighty.com/u/anthonyjpiccione.

Review Fix: What are your ultimate goals for this production for the future?

Piccione: I really hope to transfer this show to another venue or festival for additional performances. Nothingâ€™s a done deal, but we are currently in talks with various venues about potentially bringing the show there sometime in 2019, so Iâ€™m excited about that possibility!

Beyond that, maybe a film adaptation! Some of the production elements weâ€™re hoping will be part of this premiere have especially been inspiring me to take this story in that direction in the long-term, so weâ€™ll see what happens!