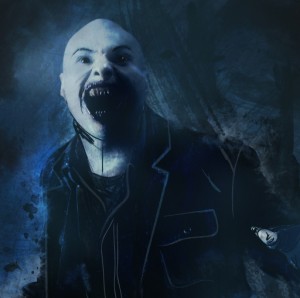 Based on the hit Dark Horse graphic novel of the same name, â€œ30 Days of Night,â€ attempts to follow the same road films such as â€œSin Cityâ€ and â€œ300â€ did towards cinematic success. The only problem is the film gets derailed along the way and ends up as entertaining as watching someone play tic-tac-toe.

Josh Hartnett [â€œThe Black Dahlia,â€ â€œPearl Harborâ€] plays Eben Olesen, a rough and tumble Alaskan cop, who is forced to protect his town from a horde of vampires that plan to devour everything in their path. However, despite a solid performance from the former teen star, you never get the feeling that he canâ€™t eventually take the minions down. Unfortunately, these vampires arenâ€™t the smooth-talking and surreptitiously sexy vampires featured in movies like â€œInterview with a Vampire,â€ â€œJohn Carpenterâ€™s Vampires,â€ or â€œThe Lost Boys.â€

As a matter of fact, these vampires will remind many of the people they see frequenting Techno Clubs at 3 a.m. in Manhattan and will prove as frightening as a Uwe Boll film.

The same way those people repulse anyone within a five-foot radius, these vampires are a joke and are anemic of any charisma. While they ravage their way through everything in their path throughout the film, how anyone could be scared of them is an embarrassing notion to say the very least. This is easily the biggest reason why the movie is a complete flop and shouldnâ€™t be taken seriously by aspiring neck biters.

Additionally, considering the fact that the filmâ€™s sole job is to tell the story of how these vampires rampage through this town for 30 days, youâ€™d expect the film to have a solid sense of pacing. However, despite the filmâ€™s 113-minute length, it jumps around more than a hyper jack rabbit. With so many intriguing personalities in the town like Olesonâ€™s estranged wife, Stella Oleson, played by Melissa George [â€œAlias,â€ â€œTuristasâ€] and the town loner, Beau Brower, played by Mark Boone Junior [â€œBatman Begins,â€ â€œSe7enâ€] youâ€™d expect some significant time devoted to character development. However, the film takes out its own jugular in this aspect and never takes the viewer past the shallow outer surface of the film, forcing the movie-goer to yearn for the real meat of the story.

Even with decent performances by Hartnett and George, you still have the makings of one of the worst graphic-novel inspired films of all time. The lack of action and incoherent story-telling does do the source the material the just it deserves and does nothing but leave a bad taste in their mouths. As far as vampire films go, this film is sub-par and lacks the kind of story that fans can really sink their teeth into.