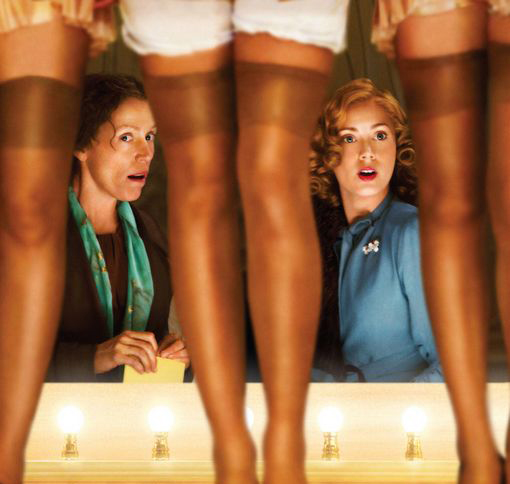 It is a rarity nowadays for a film to leave you smiling throughout. A forgotten gem it seems is the act of â€œclassyâ€ comedy, something actors such as Dean Martin and Frank Sinatra made a career out of in what seems like hundreds of years ago.

However, â€œMiss Pettigrew Lives for a Day,â€ directed by Bharat Nalluri [â€œThe Crow: Salvation,â€ â€œDowntimeâ€] is a film that would have fit in easily amongst the classic romance comedies of yesterday and is an equally as charming and fun endeavor today.

On the weight of great performances by Frances McDormand and Amy Adams, this film is a truly enjoyable one that will make you chuckle as much is it will pull at your heartstrings.

Playing the part of an out of work London governess before World War II, McDormand [â€œAlmost Famous,â€ â€œFargoâ€] takes her life, which has been quite conventional and boring to this point, into her own hands, eventually crossing paths with the charismatic, yet air-headed Adams [â€œEnchanted,â€ â€œSunshine Cleaningâ€], who together, make their dreams come true in one remarkable day.

Itâ€™s hard to imagine McDormand and Adams having such poignant on-screen chemistry, but after a few minutes of them interacting with one another on screen, itâ€™s obvious. McDormandâ€™s experience, well-roundedness and wit, combined with Adamsâ€™ charisma and good looks and you have a combination that is seemingly meant to be on screen together. Add in more than solid supporting roles by Ciaran Hands, Lee Pace, Tom Payne and Shirley Henderson and you have a deep cast of characters telling a great story.

Of all the characters though, it is Adams that truly steals the show. Much like her role in â€œEnchanted,â€ Adams plays an air-headed, idealistic beauty that is focused on making her dreams come true, her way. After this film, itâ€™s obvious that Adams has this type of role nailed and is capable of playing much bigger roles. The question remains however if that will be the case. Nonetheless, simply having that question proposed shows just how solid she was in this feature.

Adding to list of things making this film a memorable one is the cinematography. Never for a second do you think that you are anywhere but 1940s London. As a matter of fact, after the film is over, you may have to take a few seconds to realize where you are. Every scene seems to be bursting with color that brings the best out of all the characters and places they go. Everywhere from the train station and the soup kitchen to the beautiful London flat where a majority of the film takes place is drenched in class, style and charm. Like a cherry on top of a fudge sundae, the look and feel of â€œMiss Pettigrew Lives for a Dayâ€ makes it that more fun to watch.

When itâ€™s all said and done, this film is a sleeper hit that will remind older movie-goers of better days. Times when beautiful actresses didnâ€™t have to shed their clothes to be popular and when it was natural for a star of a film to sing a little bit. Despite that, many real movie buffs will love the interaction between the characters and a endearing story that will leave a smile on their face for the rest of the day.