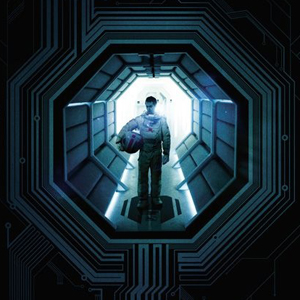 â€œMoon,â€ the feature film debut of director Duncan Jones, may deserve to be added to the short list of venerable sci-fi cinema.

Blue-collar astronaut Sam Bell, played by Sam Rockwell (Frost/Nixon) is the sole caretaker of a Lunar mining facility for an international energy conglomerate. Rockwell is nearing the end of a lucrative three-year contract harvesting Helium-3, but the job wears on his mental health. Enduring isolation, save for pre-recorded messages from home and conversations with his computer companion Gerty, voiced by Kevin Spacey (American Beauty), he is overeager to reunite with his wife and daughter.

However a deadly accident threatens to derail any hope of seeing his family again and Rockwell is forced to confront illness and self-doubt as he plots a daring escape from the company that made him.

A love ballad to science fiction storytelling, â€œMoonâ€ is a relatable yet unnerving exploration of what remains of the man turned commodity. Evoking films such as â€œOutland,â€ â€œAlienâ€ and â€œ2001: A Space Odyssey,â€ it manages a hearty balance between genre expectation and everyman characterization, without pandering to set piece fetishists.

At its heart is a compelling psychological thriller that respects both the people on the screen and in the audience.Â What we do to ourselves in hot pursuit of profit is of greater concern than how the futuristic gadgets work. All the while the movie is downright fun to watch, delivering healthy levels of laughter and poignancy.

A British production made on a shoestring budget of $5 million, Jones has managed a breath of fresh air amid the choking summer months of hackneyed blockbusters.

The stark, claustrophobic production is a utilitarian space odyssey benefiting from a clever balance of special and visual effects. This achieves a level of believability, reserved only for movies with gargantuan budgets and marketing opportunities. Arresting visuals are complemented by a haunting score from Clint Mansell, frequent collaborator with Darren Aronofsky and a thoughtful script by Nathan Parker.

Nevertheless, enough cannot be said about Rockwellâ€™s deft turn as Sam Bell, making a challenging performance seem all too easy. You are emotionally invested in him as his various tormented selves, worker, father, astronaut, lunatic vie for control and validation. Charmingly paranoid and heroically lonely; Rockwell continues to defy expectation cycling through the gamut of emotional dissonance and decay with earnest wit.

Spacey supplies the eerie voice of enigmatic artificial intelligence, Gerty. Supporting cast remain largely in the background, including a surprising turn by actor Matt Berry (The IT Crowd), but only add to the filmâ€™s relentless paranoid delusion.

Make no mistake that â€œMoonâ€ is a small movie with a small distribution with showings currently in New York City and Los Angeles.Â  But its heart and soul more than make up for its stature

While this is a film that many people will miss out on due to its limited release and independent label, “Moon” is a must-see. If you thought you’ve seen it all from Sam Rockwell, you’re wrong. If you’re not a fan of his work, this film will make you one. A big one. Turning in in one of the best performances of 2009 in this dark sci-fi drama adventure, “Moon” will shock you as much as it will make you smile and cry. Running the gamut of emotions, few films are able to keep it all together and keep the pace up throughout, but through Rockwell’s career-making performance and a solid voice-acting job by Kevin Spacey, “Moon” is a bonafide sci-fi masterpiece.