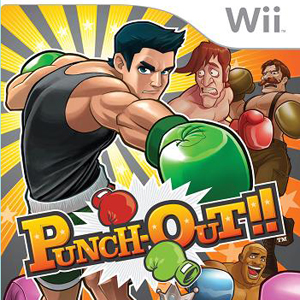 Since â€œSuper Punch-Outâ€ was released on the Super Nintendo over 15 years ago, fans of the series have hungered for a sequel.

However, for some reason, it just never came. Not on the Nintendo 64 or the Gamecube for that matter, joining the likes of â€œEarthboundâ€ as one of the most sought-after sequels in video game history.

They finally have their wish now, but the end result is a different one than some would have expected.

With â€œPunch-Out,â€ Nintendo has stuck to its â€œOld-Schoolâ€ guns, making the game feel like a supped-up version of the NES and SNES classics, rather than an entirely new game that takes advantage of the newest online technology available.

Because of this, some hardcore fans may be a bit turned off at first, but over time will find the Wii incarnation of the series extremely and utterly enjoyable.

Facing off against 12 old favorites from both games the likes of Glass Joe, Piston Hondo and Bear Hugger [sorry, no Gabby Jay, but you can fight against Donkey Kong as a super boss] and the new Disco Kid, â€œPunch-Outâ€ on the Wii is a very similar ride to its older brothers.

Sure, there are the new Wii-controls that work well and will spice up the action a bit, but most will choose to play the game the old-fashioned way. As a result, the game feels more like a tribute to the 8-bit era than a fully-fleshed out sequel.

While there is a two-player option where players can fight one another in split-screen, there is no online play or the ability to play as other characters. This of course may have taken the series a bit astray from its roots, but it would have given it the type of depth it needed to be a smash hit, rather than a great party game or piece of nostalgia which â€œPunch-Outâ€ surely is.

Nevertheless, as far as gameplay and graphics are concerned, â€œPunch-Outâ€ on Wii earns itself a TKO, as the cel-shaded character models and standard Wii-mote controls are some of the best on the system to date. Each character has its own unique sense of style and is full of color and life, making the journey to each of the three titles in the game an interesting and fun one. On the gameplay front, â€œPunch-Outâ€ is as simple and entertaining as it ever was and provides hours of fun.

Adding to the gameplay depth is the ability to replay the game again after you win all three championships, this time against the same characters, who have learned a bit since their last defeat. Glass Joe, for instance, is garbed in an amateur boxing helmet and Von Kaiser has a new haircut. The changes are more than cosmetic though, as every competitor is a bit tougher this go around. This mode alone makes the fun last a bitter longer and goes a hefty distance in justifying the $49.99 price.

The same can’t be said for the game’s sound effects however, as virtually every character speaks in high-toned versions of their own language, making it difficult to play with the sound on if you haven’t yet mastered your opponents tendencies. It’s not a huge problem, but it does take away from the fun a bit.

In the end though, â€œPunch-Outâ€ does everything it’s supposed to with style, charisma and heart and is a great reminder that bells and whistles aren’t needed to create an excellent game.

Maybe it was out of confidence that Nintendo decided the game didn’t need to be beefed up with secondary gameplay options.

At any rate, they’ve made a great game; it’s just a bit too much like the classic of the same name many of us grew up on, making it more of a sidestep than an uppercut for the series.