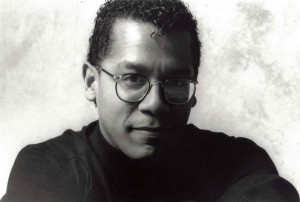 Carlos Alomar has worked with Beatle legends John Lennon (â€œFameâ€) and Paul McCartney, Mick Jagger, Iggy Pop and is widely recognized as having played on more David Bowie albums than anyone. His most recent guitar work can be heard on Alicia Keyâ€™s â€œThe Element of Freedom.”Â  This native of Ponce, Puerto Rico made New York his home and is a chameleon whose playing can be adapted to any band he plays with or any recording session he is involved in. ReviewFix.com spoke to this master musician at the National Rock Convention and he touched on the recording of Bowieâ€™s â€œStation to Station,â€ John Lennon, his â€œaxesâ€ and amplifiers, guitar influences, Nina Simone, Earl Slick and his staying power as a session guitarist and touring musician.

You can listen to the interview by clicking the link below: