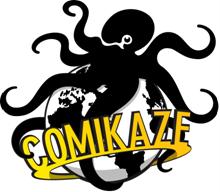 The Los Angeles Comic-Con and Premiere Horror, Pop Culture, Gaming and Anime EventÂ  in Los Angeles To Host The Mistress of the Darkâ€™s Final Convention Appearance

â€œItâ€™s about time all of my boob-tube fans who’ve never been lucky enough to say hi in person come out to meet me,â€ said Elvira. â€œThis will be everybody’s last chance to see this busty, beehived broad in the flesh (and not much else!), so jump on that Red Line and head to the L.A. Convention Center, darling.Â As the hostess with the mostest, Iâ€™m gonna bring a little class to this event if it’s the last thing I do.Â Oh yeah, it IS the last thing I’ll do.Â Whatever.â€

â€œWe are beyond thrilled and overwhelmed that Elvira is our official â€˜Spookspersonâ€™ and is making her final convention appearance right here in L.A., where it all started for her,â€ says Comikaze Expo CEO Regina Carpinelli. â€œSince she burst onto the horror scene, sheâ€™s been a pop culture pioneer, and is a gorgeous, brilliantly funny woman who never disappoints her fans. Itâ€™s an incredible honor to have her be a part of Comikaze.â€ Carpinelli is encouraging fans to dress like Elvira at Comikaze in honor of the starâ€™s final convention appearance.

Comikaze will kick off with an appearance by the father of modern comics, Stan Lee, at the eventâ€™s ribbon-cutting ceremony. The first and only multimedia, cross-genre expo to hit Los Angeles, Comikaze Expo has created a pop culture extravaganza that brings together the best in comics, gaming, horror, sci-fi, fantasy, anime and all other cult programming. Its wide-ranging appeal has attracted celebrity appearances from icons and budding artists of this exciting world, including animators, comic book and anime artists, special effects teams, writers, actors, and filmmakers, among other creators, from both the mainstream and geek worlds.

This unparalleled eventâ€™s wide range of innovative programming and activities provide fans access to their favorite artists and creators. From independent film screenings, live shows and star-studded panels to fan contests, games, portfolio reviews and a masquerade ball, there is something for everyone and more at Comikaze. Family-oriented events are scheduled for Sunday, November 6.

In an effort to make Comikaze accessible to everyone, tickets are only $12 each, and children under 12 are FREE, making this family event the largest convention of its kind in Los Angelesâ€”at the best price. Each ticket holder will receive their choice of a celebrity lithograph photo valued at $79-$189. For more information about Comikaze, including sponsorship information, vendor applications and ticket sales, visit Comikazeexpo.com.

About Comikaze
Comikaze Expo is the largest multimedia pop culture convention in Los Angeles. The brainchild of Southern California siblings, Regina and Mario Carpinelli, this unique event brings together the best in comics, gaming, horror, sci-fi, fantasy, anime and all other cult programming. Comikaze takes place November 5-6 at the Los Angeles Convention Center, and offers a slate of innovative programming, panels, contests and other activities that provide fans access to their favorite artists and creators in this adventure-packed weekend. Featured appearances include the father of modern comics, Stan Lee, and Comikazeâ€™s official â€œSpooksperson,â€ horror icon Elvira, in her final convention appearance. For more info, visit ComikazeExpo.com.

About Elvira
Played by actress-writer Cassandra Peterson, Elvira, Mistress of the Dark has carved out a niche in popular American culture that is unmatched. For more than two decades she has entertained as the Queen of Halloween through her “Elvira’s Movie Macabre” TV franchise, two feature films, an IMAX film, two motion control rides and God-only-knows what else. She has appeared in ads for Pepsi and Coors, recorded five music CDs, published four books and licensed over 400 products. For additional information about Elvira, please visit www.Elvira.com.