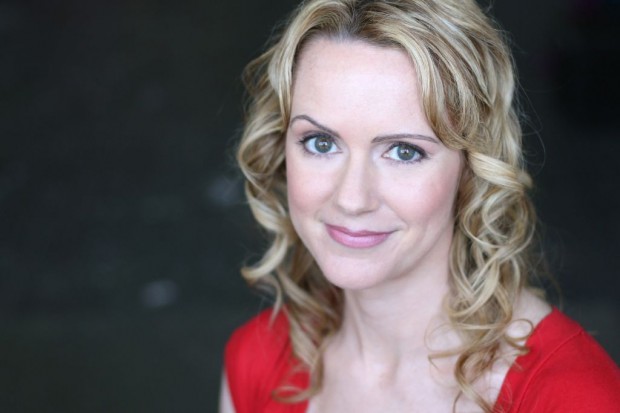 A disgruntled single mother from the Bronx plagued by a daunting past is a far cry away from a fresh-faced California uptown girl.

Erin Cronican stepped into Robertaâ€™s dark world in â€œDanny and the Deep Blue Sea.â€ Perky with hazel doe eyes and dirty blonde hair, Cronican contrasts greatly from the roles she plays, yet manages to stay balanced.

â€œI love relationship based stories that really talk about what itâ€™s like to be human in relationships with others,â€ said Cronican. â€œIâ€™m interested in stories about what makes people act the way that they do and how that affects their relationships. I usually gravitate towards people who have some sort of moral dilemma and theyâ€™re trying to do the right thing but donâ€™t always have the tools to do it.â€

As a girl, Cronican attended a youth theatre performance and saw the actors sign autographs after the show. Cronican soon caught the acting bug. She was cast as the gander in a live production of â€œCharlotteâ€™s Web,â€ a movie she knew by heart.

â€œI was always really good at memorizing things,â€ said Cronican. â€œThe idea that I could be on stage and recite something I memorized sounded so exciting to me.â€

She has performed in shows since grade school but Cronican was never urged to be a manufactured â€œchild star.â€
â€œI wasnâ€™t one of those theatre kids,â€ Cronican said. â€œMy parents were committed to making sure that I was getting an education, that I was well-rounded as a student while I was pursuing acting.â€

Cronican earned her Bachelorâ€™s Degree in Theatre from Pepperdine University. Cronican, the businesswoman, emerged shortly after. She acquired the skills to create her own career coaching service after she worked for an advertising entrepreneur. She helps not only established actors but also those who arenâ€™t the most business savvy. Cronican incorporates her side interests, teaching and psychology into her coaching.

â€œIâ€™m coaching people so itâ€™s got that teaching aspect but youâ€™re really getting into the psychology of actors and what it means to communicate who you are,â€ Cronican said. â€œItâ€™s really important to me to make a difference, to leave people better after Iâ€™ve met them, somehow contribute in a way thatâ€™s gonna make them feel more empowered, make them feel like theyâ€™re more capable of doing what they want to do.â€

Currently at the Seeing Place Theater in Manhattan, Cronican is not only an actress but also the Managing Director — left in charge to market and fundraise for the company. A classically trained soprano singer as well, she showcases her Broadway-style singing chops at â€œThe Salon.â€ Here at this weekly cabaret event singers from the public are able to perform a song of their choice in front of an audience.

Such dedication often comes at a price.

â€œWhen you live your passion, there really is no time for anything else,â€ said Cronican. â€œItâ€™s very difficult to maintain friendships and relationships.â€

Luckily, she has found her social circle in all the projects she envelops herself in. Cronican often acts alongside her on and off stage love interest and Artistic Manager of the Seeing Place Theater, Brandon Walker.

Cronican felt a special connection to her role as Roberta in â€œDanny and the Deep Blue Sea.â€ After the show, psychiatrists would come up to Cronican and Walker and explain how the charactersâ€™ lives mirror the troubles of many clients.

â€œIâ€™m kind of more the uptown girl,â€ Cronican admitted. â€œIâ€™m upper middle class upbringing. I havenâ€™t really had a lot of struggles in my life so to be playing a woman from the Bronx whoâ€™s had so many trials and tribulations, that was really gratifying. Itâ€™s gratifying to know that theater can make people think and that your performance can touch someone.â€

A large crowd can intimidate the most seasoned performers. While Cronican feels it is important to make an audience happy, it isnâ€™t the only thing that matters.

â€œYou want to have an impact on the audience,â€ said Cronican. â€œItâ€™s just that if Iâ€™m focused the whole time on trying to please them, then Iâ€™m not actually being an actor. Iâ€™m being a reciter, like Iâ€™m reciting lines for an effect. My job is to go up there and be involved in a story. If I tell my story the way we rehearsed, then the audience should appreciate it.â€

Just how an athlete warms up before a game, Cronican also sticks to a certain regimen prior to a performance. A large Starbucks coffee with soymilk is a must have before she goes on to sing. Cronican also exercises her instrument with vocalization and hums to make sure she can hit the high notes a soprano singer must reach.

For a theatre performance, however, her head fills up with many thoughts –everything from ticket sales, to the audienceâ€™s experience encompass her mind.

And she still has to make sure she knows her lines.

Cronican can include many things in her rÃ©sumÃ©, yet stays hungry to accomplish more. She currently fundraises for a feature film she stars in. In the next few years, she would like to continue film work and expand the Seeing Place Theatre into a company that fully produces off-Broadway shows.

Performance provides Cronican with a venue to express the deep emotions she feels for situations she is placed under. Still, she maintains a comical, lighthearted view on why she is thankful for her professionâ€™s existence.

â€œWhatâ€™s exciting about acting is that you get to experience all of the deepest emotions that you feel in a safe environment,â€ Cronican said. â€œPeople sit there and watch and thank you for it because youâ€™ve touched them, whereas I would be committed if I did that on a street corner.â€