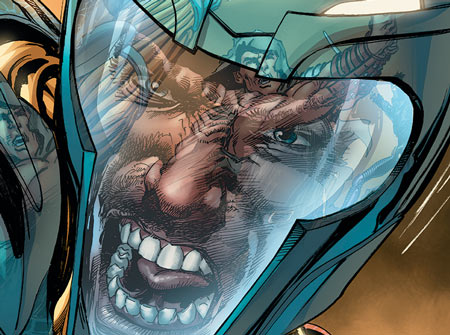 “Any cover promotion you see for this book is a mere reflection of the work you will see inside. Valiant is climbing the ladder that will lead to a new pinnacle of success in your comic book reading. Don’t pass this bad boy by,” said Adams.

To kill a kingâ€¦he has created an army. The worldâ€™s most dangerous man, Toyo Harada, has been struck by the one thing he never thought possible â€“ fear. Halfway across the globe, a new power threatens to topple modern civilization and, to preempt the cataclysm that is to come, Harada will unite the most lethal, most volatile, most unforgiving team the world has ever known â€“ UNITY. Their mission: defeat the threat responsible for the destruction of MI-6, the decimation of an alien world, and the occupation of Eastern Europeâ€¦ Unseat the warrior king armed with the universeâ€™s most powerful weaponâ€¦ Kill X-O Manowar!