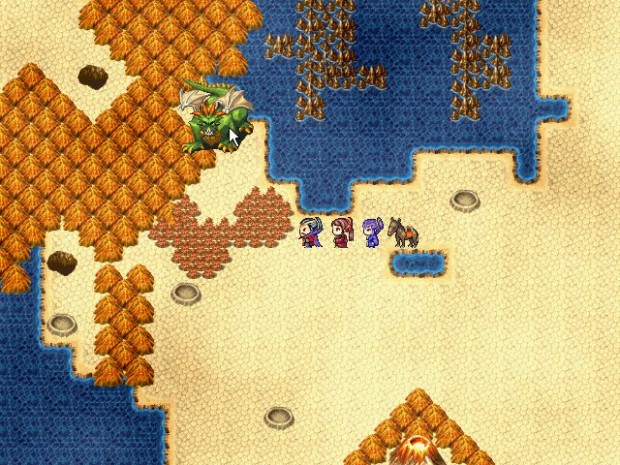 Review Fix chats with â€œBook of Legendsâ€ developer Indinera Falls about the game and its upcoming release on Steam. With a bevy of new content, this is definitely not the same game that was released a few years ago.

Review Fix: What was the inspiration for the game?

Indinera Falls: I had very good resources in my hands and it immediately struck a chord with me – I knew I could come up with a great story that would involve many characters and an epic quest. Yes, the word ‘epic’ is overused these days, but this really is what The Book of Legends is about. You don’t get to fight off the enemy side starting with the strongest warrior in the world in all RPGs, after all. Throw in a fighting princess, a quirky alchemist, a singing celeb or even a vengeful enemy who became a turncoat!… and you have an adventure that should give fans of the genre their money’s worth!

Falls: Pretty normal I would say. The Book of Legends was a very inspiring project, so despite its sheer size, I was able to wrap it up in a decently short time. Although it is easier and usually more profitable to make short games, I like to delve into a big project every now and then, to face a challenge that is probably more interesting, at least to me.

Review Fix: What’s your favorite element/gameplay feature of the game?

Falls: Probably the party splitting and the way you often have to compose 2, sometimes more, parties to defeat a boss. It adds a layer of strategy and justifies the presence of so many characters. I also like the broad variety of characters to pick from: animals, monsters, humans, and even within a given “category”, the choice is usually pretty diverse. And depending on your own choices in the game, you get to play with different characters! It all contributes to a bigger replay value.

Review Fix: Will there be any changes with the publisher release?

Falls: Yes, we have decided to go the extra-mile and fully implement Steam features: this means 44 achievements to unlock (with in-game notifications) as well as several beautiful trading cards to collect. Other than that, the game is the same, but I’m quite happy with the extra-work we did.

Review Fix: Any hopes for a sequel?

Falls: Not in the near future. I have a draft for a sequel, but my current workload just doesn’t allow any room for it.

Falls: As a great game in its own right. I think it has the enthralling adventure, the exciting dialogues and the addictive gameplay to satisfy fully the fans of the genre.

Falls: I would like to continue releasing new games, including a big epic again, but realistically, I know it will be difficult. I also want to add more games from my catalog to the Steam platform – hopefully Millennium, but also a few more. If possible, all of them, which would be fantastic for the fans, since all my games have been profitable since 2008. It’s safe to say they all have dedicated fans and therefore could benefit from a Steam release, with the extra-material (achievements and co.) it implies.