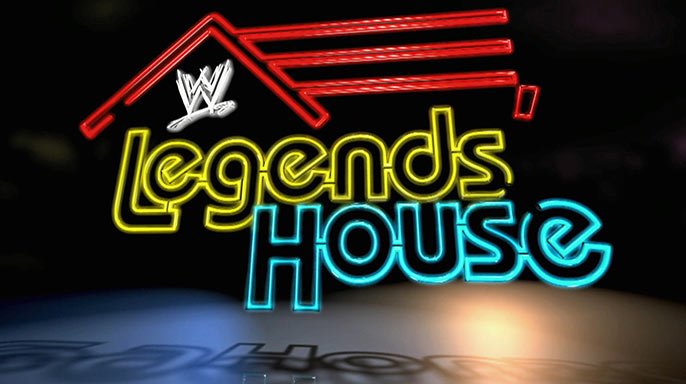 Gameshows and fishing with Shawn Michaels were just the tip of the iceberg in an episode of â€œLegends Houseâ€ that continues to prove that retired professional wrestlers can do a lot more than swim in shark-infested reality show waters.

Although there wasnâ€™t much â€œheatâ€ or ribbing in the house with Roddy Piper out on business for the second half of the episode, it was nice to see â€œMeanâ€ Gene Okerlund and Jimmy Hart bicker.

A crotchety, perverted old man, itâ€™s impossible to not love Okerlund. He says whatâ€™s on his mind, regardless of whoâ€™s in the room, but manages to keep everything subtle and indirect. Only Okerlund could watch two tennis instructors work with Hart and Hillbilly Jim and say nothing wrong, but still say a few things that could be questionable. In the end, itâ€™s because at this point, we know how Okerlundâ€™s mind works. Itâ€™s inescapable. He doesnâ€™t have to say anything anymore.

While there wasnâ€™t much cruelty or fighting this week, the love was. The gameshow segment showed just how much these guys know each other and the cheating from Piper and â€œHacksawâ€ Jim Duggan was hilarious. In the end, itâ€™s simply a case of Piper not being able to escape his heel roots. From whispering answers to actually writing answers on his hand, Piper was in his â€˜80s heel form for a few minutes. If not for Dugganâ€™s shoddy eyesight, he would have been able to read Piperâ€™s â€œhandâ€ writing and the two would have been the recipients of the tennis lesson.

However, while Piper and Duggan had the funniest moment of the show, Dugganâ€™s antics when Piper left for Atlanta for an autograph signing were just as funny. Lost apparently without his roommate, Duggan was going stir crazy.

Even with less hostility this week, â€œLegends Houseâ€ was a relaxing excursion that old-school wrestling fans will ultimately enjoy more than anyone else, but thatâ€™s not a bad thing. With reality TV already all about demographics, it feels like this show accesses a demographic of men that TV execs sometimes forget about.