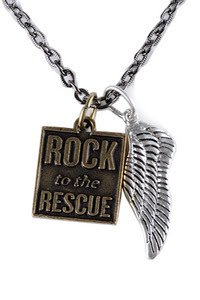 Rock To The Rescue is a 501(c) 3 nonprofit founded in 2002 by STYX and REO Speedwagon to help victims of the 9/11 tragedy. Playing a series of benefit concerts that included friends such as Bad Company, Journey, Lynyrd Skynyrd, Kansas and others, Rock to the Rescue was an effort that raised hundreds of thousands of dollars for the support of families who had lost loved ones to the 9/11 tragedy. Realizing the power of these efforts, STYX and REO went on to play shows to benefit additional causes such as music education for children, and continued to engage in charitable giving in communities around the country.

Diana Warner’s partnership with and love for STYX along with her desire to help others made this collaboration a perfect fit. â€œI have to like something before I support something. I love that R2R focuses on America. Hereâ€™s a major rock n â€™roll band whose focus is on needs that exist in this country, and theyâ€™re doing something about it,â€ stated Warner.

Diana Warner has created four signature pieces for the R2R Collection: a ring, pendant, earrings, and a charm that perfectly capture the Diana Warner aesthetic while paying homage to an edgy, rock and roll fashion sensibility.

The Diana Warner brand is also focused on philanthropic initiatives and R2R is the perfect partner for a designer with such a profound passion for both community outreach and music. The R2R collection is sold at Diana Warner stores located in Knoxville and NYC, and online at www.dianawarnerstudio.com.

Each year, STYX has tour dates in over 100 cities across North America and in each city, the band choses a local, grassroots organization to support. In 2013 R2R raised over $100,000 for the One Boston Fund after the Boston marathon bombings as well as over $400,000 for Midwest cities ravaged by tornadoes. To date R2R has raised and donated over $1.5 M. Hannah Shaw, daughter of STYX lead singer Tommy Shaw, is executive director of R2R.

The R2R collection will be available at www.dianawarnerstudio.com as well as at select authorized Diana Warner retailers.