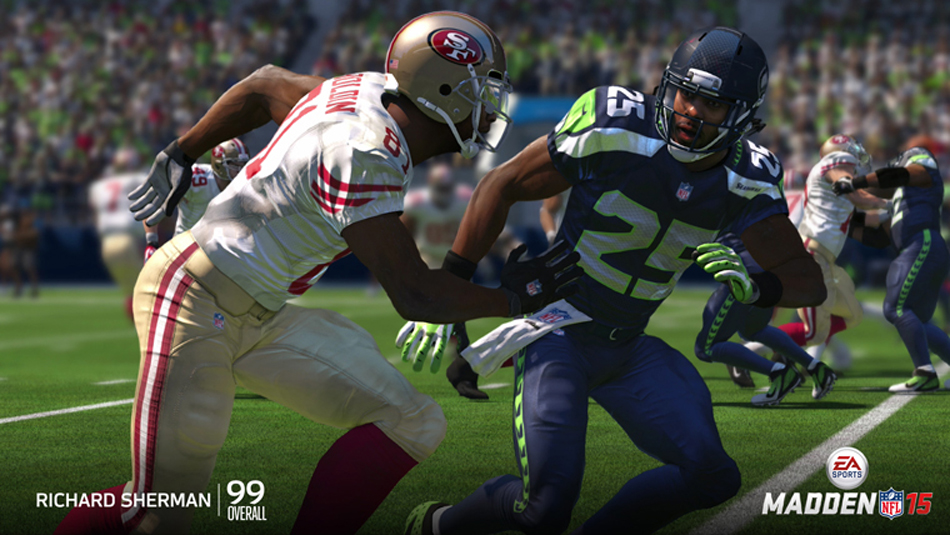 The â€œMadden 15â€ cover athlete, Sherman is rated 99 overall to lead all other cornerbacks in the game. A vital anchor in the Super Bowl Champion Seahawks defense, Sherman had a wonderful 2013 season with 54 tackles, eight interceptions and one TD.

Anyone who doubted Shermanâ€™s rating only had to read EA Sportsâ€™ explanation as to why he’s the king of CBs for this year’s game.