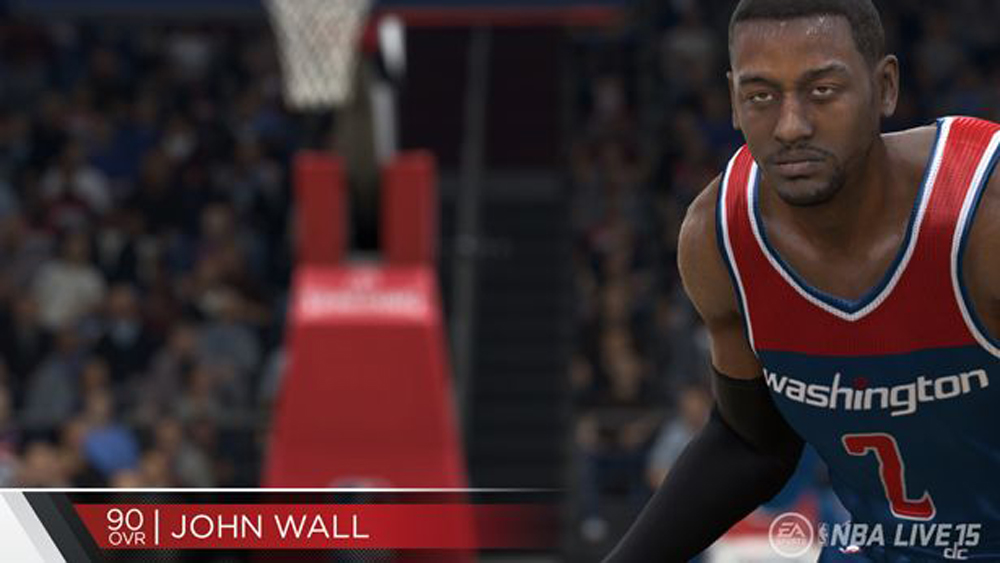 Review Fix chats with NBA Live series producer Sean O’Brien, who discusses the challenges in the development cycle following the negative reception of “NBA Live 14,” and what Electronic Arts is doing to ensure a better product this season.

From a new shooting engine to a complete overall if the game’s visuals and presentation, O’Brien believes this is the season where the Live series gets back on track.

Review Fix: Where were you guys emotionally after the release of Live 14? How did you feel with the game’s reception?

Sean O’Brien: It was a strange time.Â  We all worked so hard to get a next-gen game ready for the launch of the new consoles, but at the same time, we knew that it wasn’t as great as it could have been.Â  We just weren’t working from the same base of features and quality that the other sports games were working from which made everything more difficult.Â  But I think we learned a lot about each other.Â  The game was obviously not very well-received and it was definitely a gut check to see how the team would be able to respond.Â  The great news was they responded extremely well.Â  I’m really proud of how the team kept after it, providing post launch updates that showed our commitment to creating a great basketball game. Balancing that while building NBA LIVE 15 was not easy.Â  I was also really pleased how fans started to see what we were doing and supporting us along the way.

Review Fix: What are you doing to ensure a better game this year?

O’Brien: We have a really strong plan, so we just need to stick to the blueprint.Â  Building a console sports simulation game is daunting enough, but we’re also playing catch up with the other sports.Â  That means we’ve got to work that much harder…it’s not like the other games are standing still or NBA 2K is going to let us catch up.Â  We’ve got to fix the core of our game and continue to create innovative features and game modes that are built specifically with the Xbox One and PlayStation 4 player in mind.Â  I’m unbelievably proud of how far we’ve come this year and I can’t wait for players to see and play it in October.

Review Fix: What was the most important thing you learned in the development process last year?

O’Brien: We’re doing two things with the NBA team and EA SPORTS.Â  We’re building a team and a strong working culture which will allow us to have a great product.Â  You can’t have one without the other.Â  I learned so many things last year and am continuing to learn so many things as we continue on this journey.Â  I learned that EA as a company is 100% behind this franchise and is giving us everything we need to be successful.Â  I also learned that there are some really talented people at our Tiburon studio that are committed to rebuilding NBA LIVE.Â  What we’re doing is not easy, but it has been extremely gratifying to see the progress we’re making and to know what’s coming is also incredibly exciting.

Review Fix: What has this year’s development cycle been like?

O’Brien: It’s been challenging right from the beginning balancing post-launch improvements for NBA LIVE 14 while at the same time making HUGE overall improvements with gameplay and graphics for this year’s game.Â  We’ve got a team that better understands each other and the codebase, which is allowing for faster iteration and qualitative improvements throughout the game.Â  So, seeing the progress we’ve been making is also extremely rewarding.Â  I’m so proud of this team and the people I’m working with.

Review Fix: You guys have said on Twitter that shooting will “feel” better. Can you elaborate?

O’Brien: Sure, mainly it’s the way we rebuilt the shooting system.Â  I’ve explained how we used to separate the gather (the footwork that leads to a shot, layup, dunk or any sort of jumping action) from the shot or the action requested by the player.Â  It felt and looked bad.Â  Momentum wasn’t preserved, and it led to some funky looking and feeling shots and dunks and layups.Â  This should be one of the best and most rewarding things you can do on offense.Â  So redoing that system, preserving the integrity of the motion capture data as well as momentum overall has led to an enormous improvement with shooting.Â  Combining that with signature animation and a really intuitive player indicator and shot feedback system that always gives you an understanding of when you’re in a position to take a good shot makes shooting feel great.

Review Fix: What do you think was the biggest problem with last year’s game and how have you fixed it in “NBA Live 15”?

O’Brien: There wasn’t just one problem.Â  I would say the biggest problems – plural – would have to be graphics and gameplay.Â  Graphically, our characters weren’t next-gen characters.Â  Player likeness wasn’t good enough. However, I’m happy to say that the game looks amazing right now.Â  I can’t believe how far we’ve come in 11 months.Â  People who’ve seen the game are really impressed at how great it looks and how far it’s come since last year.Â  It really is night and day.Â  With gameplay, that team has worked so hard to improve control and responsiveness; have intuitive controls, fix core systems like shooting, passing and catching, rebounding, dribbling, etc.Â  Also, there was a big focus on general animation fidelity.Â  We weren’t happy with how players moved, what they looked like doing it and how it felt to the player.Â  Gameplay is SO MUCH better.Â  It’s one of those things that you just have to play for yourself.Â  We also created an amazing onboarding during the initial download that features our cover athlete, Damian Lillard, and he walks you through some of the basic and advanced controls and features our game offers, which will allow players to have more success playing the game.

Review Fix: What improvements have you made visually in this year’s game?

O’Brien: Everything.Â  Seriously.Â  The biggest thing players will notice is character likeness.Â  The combination of a new lighting technique and a philosophy where we scan literally all of the assets in game provide an incredible amount of detail and accuracy for player heads, uniforms, accessories, shoes to everything in between.Â  The game looks really great.